Rabat - The case of Syrian refugees stranded on the border between Algeria and Morocco continues to cause controversy. 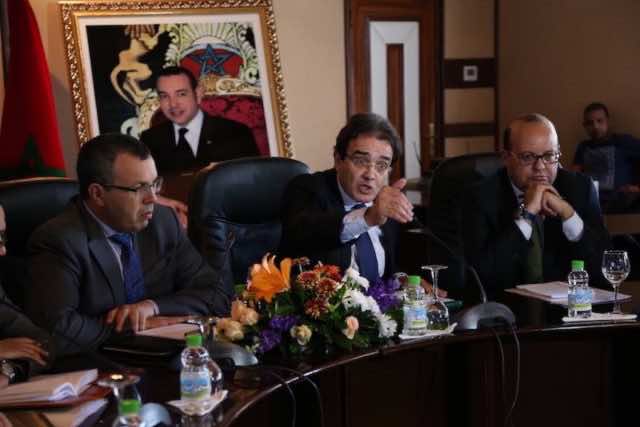 By
Chaima Lahsini
-
Chaima Lahsini is freelance journalist and activist with the Al-Fam collective in Rabat.
Apr 29, 2017
Spread the love

Rabat – The case of Syrian refugees stranded on the border between Algeria and Morocco continues to cause controversy.

For the Minister in charge of Moroccans Residing Abroad and Immigration Affairs, Abdelkrim Benatiq, these refugees are not in Moroccan territory, but are reportedly still stranded on the Algerian border.

During a meeting with civil society organizations and associations regarding the situation of Syrian migrants in the Moroccan-Algerian border area, Benatiq urged Algeria and the UN High Commissioner for Refugees (UNHCR) to assume responsibility for Syrian refugees in Algeria.

Benatiq stressed the joint and collective responsibility of the international community for Syrian refugees, emphasizing in this regard, the need for Algeria to be a partner in the matter, “which is not currently the case,” he said.

The Minister discussed the case of the 54 Syrian nationals who tried to enter Morocco illegally from Algerian soil between April 17 and 19, explaining that these refugees “are on Algerian territory and not on the Moroccan borders.” He added that their fate depends on the Algerian State and UN bodies, including the Algerian UNHCR.

During the meeting, Benatiq raised some questions, including how it’s possible for these refugees to move without the control and knowledge of the Algerian authorities. “Is it a migratory movement linked to ‘a political context’ or is there a group specialized in migratory trafficking that exploits the situation of these migrants?” The minister wondered.

He revealed that satellite images prove the operation “was organized by means of transport, which makes it difficult for it not to be controlled by Algeria.”

Civilian agencies in the area are also presenting some interesting statistics. According to their figures, 12,000 Syrian refugees are currently in Algerian territory. Among these, 1,500 are preparing to enter Morocco, provided the group of 54 refugees succeeds, Benatiq said. He added that the Kingdom, which does not promote illegal immigration or risk the stability of its borders, has decided not to accept “these illegal flows prepared in advance.”

In this regard, the minister called on Algerian authorities to assume their political and moral responsibilities toward these Syrian asylum seekers, while specifying that their situation should not be exploited to create a problem along the borders between the two countries. Better still, Benatiq stressed that this issue is sensitive and requires cooperation between the two countries far from any logic of confrontation.

“Morocco is ready to receive and consider the requests of Syrian refugees settled in Algeria wishing to enter its territory, but while taking into consideration the security provisions and the law on migration in Morocco,” Benatiq said.

The deputy minister stated that Morocco does not use the immigration file as an element of pressure in the bilateral agenda, stressing that Morocco fully assumes its responsibility in this matter and seeks credible partners. He lamented, however, that “our neighbors are not willing to be partners.”

Benatiq also highlighted the importance of partnerships with civil society associations to deal with issues related to Moroccans living abroad and the implementation of a migration policy.

In a statement issued last Saturday, the Ministry of Foreign Affairs and International Cooperation asserted that Algeria must assume its political and moral responsibility regarding the situation of Syrian migrants in the Moroccan-Algerian border area.

“The humanitarian tragedy faced by these Syrian populations should not be an element of pressure or blackmail in the context of the bilateral agenda,” the ministry said. It specified that the first phase of the exceptional operation to regularize the residence situation of foreigners, conducted from January to December 2014, helped fix the situation of more than 5,000 Syrians. 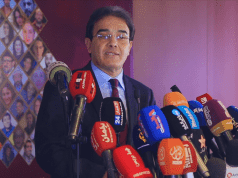