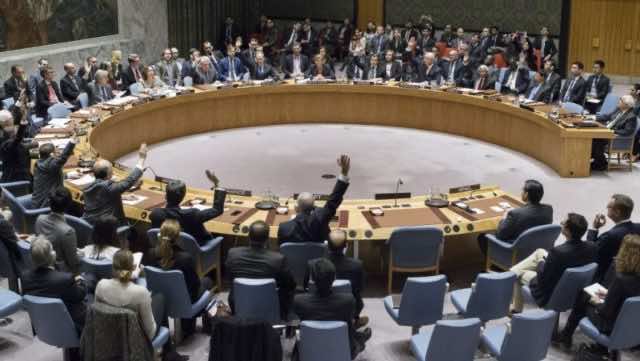 Originally scheduled to take place Thursday, the vote was postponed for 24 hours due to divisions among the 15 members of the Security Council.

As in previous years, the resolution renews the mandate of the UN mission in the Western Sahara, known as MINURSO, for another year until April 30, 2018.

With the same language used in Resolution 2285 (2016), the resolution welcomes the “recent steps and initiatives taken by Morocco, and the role played by the National Council on Human Rights Commissions operating in Dakhla and Laayoune, and Morocco’s interaction with Special Procedures of the United Nations Human Rights Council.”

To Algeria and Polisario’s dismay, however, this year’s resolution also re-establishes the pre-eminence of the Moroccan approach to finding a mutually acceptable political solution to the conflict.

Although last year’s resolution put Morocco and the Polisario back on equal footing by taking note of the 2007 Moroccan proposal to strive for a political solution to the conflict and of the Polisario’s counter-proposal submitted the same year, the resolution adopted on Friday takes note of Morocco’s proposal and states that the Security Council “welcomes the serious and credible Moroccan efforts to move the process forward towards resolution.” Meanwhile, the resolution merely takes note of the Polisario Front’s proposal presented to the Security Council on April 10, 2007.

With the exception of Resolution 2285 (2016), all resolutions adopted since 2007 have welcomed the efforts made by Morocco towards achieving a mutually acceptable political solution. The removal of the word “welcoming” from last year’s resolution was regarded by many as a setback for Morocco and an indication that the Security Council might view the proposals of both parties on an equal footing. Nevertheless, that the new resolution reinstates this word is highly significant and indicates that the Security Council reestablishes the preeminence of Morocco’s approach.

In addition, the resolution calls on the parties to demonstrate their commitment towards achieving a mutually acceptable political solution. In this regard, unlike last year’s resolution, the new text stresses in four paragraphs that any political solution should be determined in the “context of arrangements consistent with the principles and purposes of the Charter of the United Nations.”

The emphasis put on this sentence echoes the recommendation made in the report of the Secretary General in which he called on the parties to work towards achieving a mutually agreeable political solution and on defining the meaning and scope of the concept of self-determination.

The UN chief’s recommendation and the text of the resolution are in line with Morocco’s position, which has long insisted that independence is not the only way of achieving self-determination and that autonomy is also among the UN arrangements that would facilitate self-determination.

While the Polisario has been clinging to the option of independence by using UN General Assembly Resolution 1514 of December 1960, which gives pre-eminence to the option of independence for non-self-governing territories, Morocco has insisted that self-determination should not necessarily be linked  to the independence of Western Sahara. Morocco’s position is underpinned by UN General Assembly Resolution 2625 (XXV) of 24 October 1970. According to this resolution, “The establishment of a sovereign and independent State, the free association or integration with an independent State or the emergence into any other political status freely determined by a people constitute modes of implementing the right of self-determination by that people.”

Additionally, while emphasizing the importance of renewing their commitments to the political process and preparing for a fifth round of negotiations, the resolution adds a new sentence “encourag[ing] the neighboring countries to make important contributions to this process.”

Morocco has long called upon the Security Council to consider Algeria as a main party in the conflict. That the resolution adds a new language calling on neighboring countries to contribute to the political process is an indication that Algeria must be involved in this political process.

On the other hand, the resolution adopts more nuanced language with regards to the question of the registration of Saharawis living in the Tindouf camps. Morocco has long called on the Security Council to force the Polisario to allow the UN to conduct a census of the population living in the Tindouf camps, but the Polisario and Algeria have not yet accepted that such a census can be carried out.

The new language adopted in this year’s resolution might herald a new phase in negotiations, possibly paving the way for the Security Council to conduct that census.

While in last year’s resolution, the Council reiterated “its request for consideration of refugee registration in the Tindouf refugee camps and inviting efforts in this regard,” the resolution adopted on Friday keeps the same language but “emphasizes that efforts be made in this regard.”

While last year, the Security Council merely invited efforts by the parties to comply with the UN requests, this year it emphasizes the need for conducting a census in the Tindouf camps.

Dynamics of negotiations in favor of Morocco

Ahead of Friday’s vote, a source from inside the Security Council told Morocco World News that the final draft had been submitted to Security Council members ahead of the meeting held Thursday afternoon.

The final version of the resolution in blue (meaning ready for vote) submitted to the members of the Council on Thursday morning was binding and negative for the Polisario.

The first text submitted in blue mirrored the language contained in the annual report of the UN Secretary General on the Western Sahara. In the report, Guterres commended Morocco for responding positively to his call on the parties to withdraw their security forces from the region, and expressed his “deep concern by the continued presence of Polisario Front armed elements and the challenges this poses to the raison d’etre of the buffer strip.” The UN chief called on the Security Council to urge the Polisario to withdraw immediately and without conditions.

But a few hours before the vote on Thursday, and sensing that the pressure of the resolution could herald serious action by the Security Council in case of noncompliance, the Polisario addressed a letter to Nikki Haley, US Ambassador to the United Nations and President of the Security Council for the month of April, informing her of its decision to “redeploy” its forces from the Guerguerat region.

Following the Polisario’s move, the Thursday meeting was re-scheduled, as the US, in its capacity as penholder of resolutions on the conflict, informed the members of the Security Council that it would wait for the confirmation of Polisario’s withdrawal from the Gueguerat region.

Meanwhile, Morocco sent a letter to the UNSC informing its members that it would not accept any “redeployment” of the Polisario from the region and called for the latter to comply with the Security Council and literally withdraw its forces.

Morocco’s endeavors to secure a total withdrawal of the Polisario from Gueguerat paid off. The withdrawal was confirmed on Friday afternoon by Stephan Dujaric, spokesperson of the UN Secretary General.

The situation for the Polisario could have been worse had Russia and the United Kingdom supported the first draft resolution that the United States submitted to the Group of Friends of Western Sahara. The first draft submitted on April 21 not only urged the Polisario to withdraw from the Gueguerat region, but it condemned its presence there and called on the Secretary General to update the Security Council within 15 days after the adoption of the resolution on whether the Polisario had complied with the UN body’s request.

According to the New York-based NGO Security Council Report, at the first meeting of the whole membership of the Security Council on Tuesday, Bolivia and Uruguay, which are known for supporting the Polisario, rejected use of the word “condemn.” In addition to Russia and the UK, their position was supported by Ethiopia, Kazakhstan, and Sweden.

While it is early to predict to what extent the language of the resolution will translate positively in the political process launched at the UN by Morocco in 2007, the adoption of Friday’s resolution may herald a new phase in how the United Nations will address the conflict of Western Sahara.

The proactive and aggressive diplomacy adopted by Morocco in recent years, the presence at the helm of the UN of a Secretary General who has deep knowledge of the intricacies of the conflict and its geopolitical implications for the Maghreb, the Sahel and Europe, and the appointment of a new UNSG Personal Envoy for Western Sahara, likely will play in favor of Morocco’s approach to finding a long-lasting and mutually acceptable political solution to the conflict.

This resolution and the dynamics of negotiations that preceded it have set a new tone for the coming four years and now put the Polisario on the defensive. Morocco has succeeded in reversing the tide in its favor and in taking the “exploitation of natural resources” in the territory and the issue of human rights off the discussion table.

Now it will be up to the Polisario to show its willingness to work towards finding a political solution, as called for by all the resolutions adopted since 2007. Any move by the Polisario and Algeria to politicize the question of human rights and natural resources are likely to be perceived as further attempts to divert discussions from the core issue of achieving a political solution to the conflict that does not reflect a winner-takes-all approach.