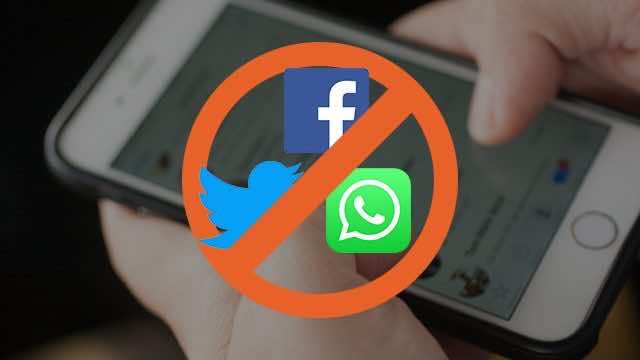 Srinagar: The Indian Government has imposed a month-long ban on 22 popular social media networks in Indian-administered Kashmir. Facebook, Twitter and WhatsApp have been blocked. The reason being cited is that “Social media is being misused by antinational and antisocial elements.” The order was issued by the state home department on Wednesday, April 26.

This is the first time the government has used selective bans by blocking specific social media websites and applications in Kashmir, instead of implementing a blanket ban on the internet. High speed internet was restored on Saturday after it was blocked on April 17.

According to the government order, the ban was imposed “in the interest of maintenance of public order,” blaming social media for inciting violence and disorder. It was also blamed for spreading rumors, further deteriorating the escalating tension following a fresh wave of student protests which have rocked the Kashmir valley.

“The government hereby directs all internet service providers that any message … through the following social networking sites shall not be transmitted in Kashmir Valley with immediate effect for a period of one month or till further orders, which ever is earlier,” the order read.

Yasir Altaf Zargar, a Kashmir-based web security analyst asserted, “This ban is violation of the right to expression and free speech, and instead of addressing the escalating situation they are imposing this useless ban.”

“Internet is one of the basic human rights in the contemporary times, banning internet is not just unethical but acrimonious too,” Zargar said.

“Instead of addressing the issue, the government is imposing this useless social media ban, in absence of social media and internet there will be no means of verifying rumors either which can prove more dangerous,” he added.

The government has claimed that the decision to ban social media networks was necessary to calm the escalating student situation down, as a growing number of students are hitting the streets to protest the police raid on a college in south Kashmir.

Students are angered by a raid carried out by police earlier this month on a college in Pulwama district of south Kashmir, in which police personnel barged into the college, tear gassed and tried to detain students accused of throwing stones which resulted in injuries to 52 students. The valley has been witnessing student protests since the incident.

Hundreds of student protesters from various colleges and universities have taken to the streets, many chanting anti-India slogans and throwing stones at the police.

In a recent escalation of the situation, the valley is witnessing female students throwing stones and coming out in large numbers to protest the police and the government for the first time.

“We are not going to be scared anymore, enough is enough! They are killing our brothers and fathers every day!  We want our right to freedom, we will protest and we will resist this occupation,” said a female student protester.

The ban is hitting hard at start-ups and business owners who are dependent on social media and internet. “Seventy percent of our revenue is generated through social media, this ban will prove to be disastrous for startups in the valley,” Muheet Mehraj, Founder of KashmirBox.com, said. “Because of such internet bans many companies are forced to relocate their offices outside Kashmir.”

The ban has been ordered for one month, but the government directive mentions that, if the situation fails to normalize, the ban could be extended further. 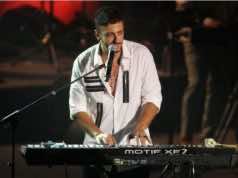