Rabat - During Angela Merkel’s official visit to Saudi Arabia, a Saudi official stated that the German Chancellor is “an example for all Saudi women” and confirmed that Saudi Arabia can no longer afford to disregard women. 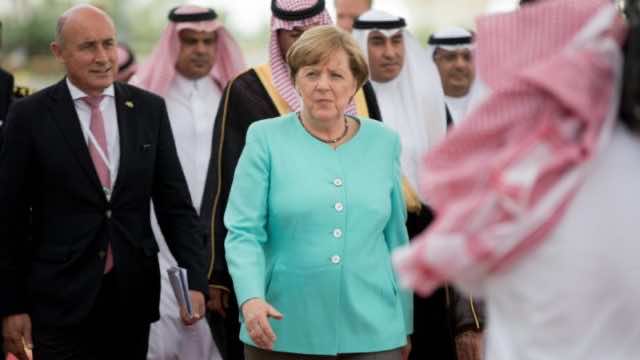 Rabat – During Angela Merkel’s official visit to Saudi Arabia, a Saudi official stated that the German Chancellor is “an example for all Saudi women” and confirmed that Saudi Arabia can no longer afford to disregard women.

On her tour to a number of Middle Eastern countries, German Chancellor, Angela Merkel, made an official visit to Saudi Arabia and was received by the Saudi King, Abdullah bin Abdul Aziz. Photos of Sunday’s visit show Merkel without the cloak and veil typically mandated for women entering onto Saudi soil.

The Saudi Deputy Minister of Economy, Mohammed Altwaijri, stated in an interview with German magazine, Spiegel, that the German Chancellor is one of a few women in the world who continues to hold an important political position. He noted that Merkel is a model not only for Saudi women but also for the entire world.

“She is humble and works seriously. A lot of people here watch her videos and how she shakes hands with people from different countries. She accepts them no matter how they are. She is a person who spreads the essence of democracy, and this has reached Saudi Arabia as well,” the Saudi official explained.

Asked about whether or not it is possible for Saudi women to attain positions of power in Saudi Arabia, Altwaijri emphasized that “Angela Merkel is an example for all Saudi women,” noting that this is what makes her visit to Saudi Arabia significant.

The Deputy Minister of Economy also dealt with workplace gender inequality in Saudi Arabia, asserting that Saudi Arabia is in a position where it cannot afford to do without women.

“We can no longer do without their contribution,” he said, adding that the days when Saudi Arabia could exclude half of the Saudi female population are gone forever.

The Saudi King hosted a luncheon in honor of the German Chancellor. A series of talks centering on bilateral relations between the two countries, the war against ISIS, the situation in Syria and Yemen, as well as the question of the rights of women in Saudi Arabia are expected to take place later on.