Rabat - A Porofessor at Abdel Malek Saadi University in Tetouan has been allegedly giving out grades in exchange of sexual favors from his students.

By
Chaima Lahsini
-
Chaima Lahsini is freelance journalist and activist with the Al-Fam collective in Rabat.
May 1, 2017
Spread the love

Rabat – A Porofessor at Abdel Malek Saadi University in Tetouan has been allegedly giving out grades in exchange of sexual favors from his students.

Hundreds of screenshots containing explicit sexual conversations were plastered all over Facebook last week. The alleged protagonist of this story is an algebra professor at Tetouan’s university, who is being accused of handing excellent marks for the students that agreed to sleep with him.

The whistleblower on the professor’s adventures is no other than one of his ex-student, who published many screenshots of conversations where the professor allegedly asks intimate relationships from his students in exchange for good grades.

“After graduating from that cursed university, I decided to come out with the truth,” the student wrote in a Facebook post. “A university professor at Tetouan’s faculty of science is sexually exploiting his students in his office at the university, and at it his apartment in Martil.”

“The big surprise is that many of the students consensually engage in these relations, but that never stopped the professor from blackmailing some of his reluctant students,” she adds, publishing hundreds of screenshots showing the conversation between Arbai and his female students, engaging in heated talks where they explicitly negotiate the sexual favors they are willing to do in exchange for an excellent mark at their finals exams.

Some of the leaked conversation date back to 2013, showing that the professor’s ongoing adventures date back from four years ago.

Youssef Agzennay, member of the Moroccan Students National Union and spokesman of the Student Union at Abdel Malek Saadi University, said that the university had opened an inquiry, since the issue is swelling more and more and many students are calling for demonstrations to condemn such behavior in an educational institution.

Agzennay also told Morocco World News that the university’s administration has resorted to Martil’s Police Department and the Tetouan Police Headquarters to investigate the case.

On the other hand, no reaction has been observed from dean of the university, Houdaïfa Amziane, who the students are demanding to open an investigation. Agzennay stated that many of the female student body has been traumatized by these immoral and illegal practices, which are known to have been carried out by several professors, especially in Martil.

“The existence of such practices amidst the university delivers a striking blow to the principle of equal opportunities, the ethics of the faculty, and the reputation of the university. It questions the integrity and credibility of higher education in general and university degrees in particular,” explains Agzennay.

In a communique published by the university’s student union, the group vows to “fight any sort of unethical behavior or discrimination.” 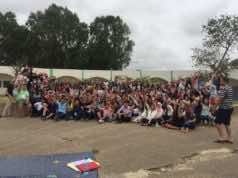 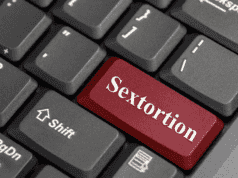 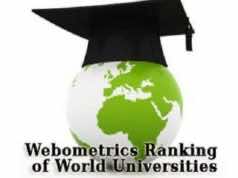 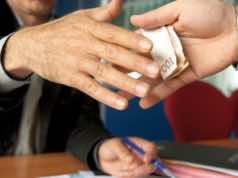