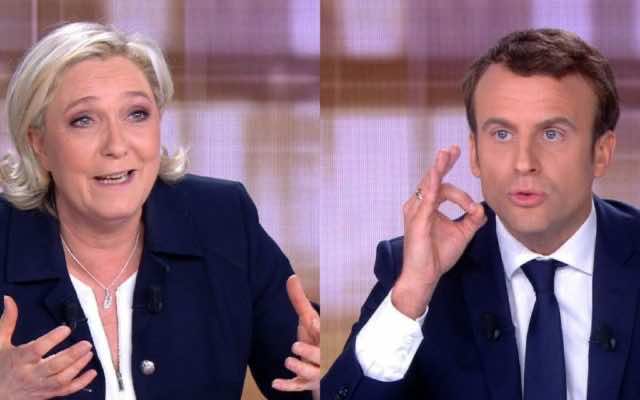 Rabat – This Sunday, May 7th, France will be voting in the second round of its Presidential elections. Many experts consider this election to be the most important election of the year as it could hold the future of Europe following the rise of populist waves across the world, and the victories of Brexit in the UK and Donald Trump in the United States.

A debate around immigration and the question of French identity

The fight against terrorism is a major concern in today’s society and has captivated part of the debate in France. Terrorist attacks in France since the January 2015 attack of Charlie Hebdo in Paris have led to the death of 38 people and stunned the European nation. The government reacted by implementing a “state of emergency”, granting more power to security forces and restraining certain civil liberties to more easily ensure the security of the state. French citizens are starting to feel increasingly scared and are increasingly supportive of the implementation of a strong security policy.

More recent attacks across Europe have contributed to the increased support for populist candidates who propose drastic anti-immigration measures. The two candidates in the French election are split over how to protect France. The populist doctrine of Marine Le Pen stands out by advocating to “rebuild” borders by strongly limiting immigration flows. Le Pen wants to reduce immigration to about 10,000 entries per year – compared to the 229,000 immigrants in 2012 – and wants to remove the right to French citizenship through marriage or family links for any immigrants, effectively closing the French borders.

Meanwhile, Macron, has expressed his opposition to quotas, arguing instead for the improvement of the conditions of new immigrants in the country and their facilitation of assimilation. He made “integration” the cornerstone to his propositions on immigration by offering foreigners linguistic support, and local integration support. Finally, he is a fervent supporter of the European Union and unlike the French-Right, does not believe in the restructuring of the Schengen area, instead favoring the original policies of the EU.

Who Is Really French

The largest concentration of Moroccan’s abroad today is in France where around 1.9 million Moroccans live. In a survey published by the INSEE in 2012, 7% of immigrants who arrived in France in 2012 were Moroccans, the second largest country of origin after Portugal, and the percentage of Moroccan immigrants has increased compared to previous years. Therefore, immigration is one of the central debates of the French election as many candidates are advocating for the tightening of regulations and the implementation of immigration quotas, which will limit the entry of foreigners, seen to some as the source of terrorist threats.

Further, over the course of the electoral campaign, the issue of French identity regularly arose with candidates seeking to unite voters under a nationalist banner. Due to the recent terror attacks and a wave of populist support across the world, questions over who is really French have polluted the debate. A larger percentage of the French population is supportive of stricter immigration measures, and these reaffirmation of “French” norms are worrying for the nearly 19% of the French population who are foreign-born immigrants or their immediate descendants (first generation) as these norms often ignore their status as French citizen and increase their marginalization in society.

Meanwhile, with the civil war in Syria, a huge refugee crisis has erupted across Europe, and France, which received around 100,000 applications in 2016. This crisis gives more weight to the debate over immigration. The future president will have to effectively juggle what to do moving forward in order to reassure a population which has recently suffered from multiple terrorist attacks and unite a divided France while dealing with a large refugee crisis and increase in migrant flows. Voters are hoping the debate on Wednesday night will help them better understand each candidate’s program before having to vote on Sunday, May 7th.