Rabat - Amar Belani, Algeria’s Ambassador to Brussels, has made a career for himself by constantly attacking Morocco. When a tension erupts between the two countries, especially regarding the Western Sahara, he seems to appear on Algerian media to bash the kingdom's attempts to defend its sovereignty. 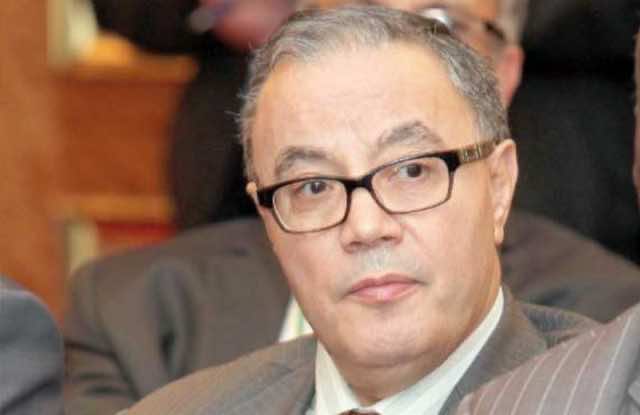 Rabat – Amar Belani, Algeria’s Ambassador to Brussels, has made a career for himself by constantly attacking Morocco. When a tension erupts between the two countries, especially regarding the Western Sahara, he seems to appear on Algerian media to bash the kingdom’s attempts to defend its sovereignty.

During a film screening of a documentary called “Sahara et Sahel Connexions – trafic, drogue, terrorisme” in late April at the European Parliament, Belani turned not only into a film critic, but a conspiracy theorist as well, telling the Algerian state press agency that the film was “a gross misinformation operation conceived and realized by Moroccan intelligence services.”

The film, directed by Hassan Al-Bouharrouti, is an investigation into the origins of radical groups in North Africa and Sahel region.

Chauprade’s former membership of the National Front, which he left in 2015 to become a vocal critic of the party, provided an additional reason for the Algerian ambassador to lash out at the geopolitical analyst.

The European MP, described by Bennani as a “representative of a heinous and nauseating political trend,” was chosen by Moroccan organizers to be present as the guest of honor during the screening of the documentary.

A State of Denial

Algeria has been the main sponsor of the Polisario Front for four decades. But, despite providing military, political and financial support for the group, it c refuses to recognize itself as a party in the conflict.

In his campaign against Morocco, Belani unsurprisingly takes the party line.

“I don’t see why Algeria is dragged into the debate since the two parties of the conflict, namely the Kingdom of Morocco and Polisario Front, are clearly identified by all Security Council resolutions”, Belani told the pro-Algerian website Afrique-Asie.

The international community seems to see things differently, as the recent Security Council resolution 2351 on Western Sahara called upon “the neighboring states to cooperate more fully with the United Nations and with each other and to strengthen their involvement to end the current impasse and to achieve progress towards a political solution.”

Morocco saw the reference as a clear indication to the degree of Algeria’s involvement in the conflict, as Polisario’s major ally.

When UN Secretary General Special Envoy to Western Sahara, Christopher Ross resigned in March, the Algerian ambassador held Morocco responsible.“I hope that Mr. Ross will one day have both the opportunity and the courage to say who was responsible for the stalemate and who put a spoke on his wheel to prevent him from carrying his good offices as a Special Envoy of the UN Secretary General,” Belani told Algérie Patriotique.

“This is the sad reality. Morocco undermined the mission of the Special Envoy.”

Gilles Pargneaux, is another European MP against whom Amar Belani lashed out because of criticism either to Algeria or Polisario. When the French European MP Gilles Pargneaux accused Algeria of delivering military equipment to Polisario, Belani labeled him a “sold-out” who repeated the “nonsense” propagated by Moroccan intelligence services.In a threatening message, Belani warned the European MP of the consequences of “implicating or citing Algeria” in the “web of misinformation” provided by Moroccan intelligence. Parngeaux was “ordered” to abstain from any criticism regarding Algeria.

“This is the price you are going to pay if you want normalized relationships between you and me. [Against] any attack on my country, I shall respond with the strongest way as I judge fit,” Belani said.

The MP was nailed to the cross in Algerian media. In an interview with Tout sur l’Algérie, Belani accused Pargneaux of being a Moroccan puppet.

Pargneaux’s message to Belani was milder.

“You are saying once again that the country of which you are a representative to the European institutions, should not be mentioned as party regarding the conflict in Western Sahara,” said the MP. “Yet, the recent incidents in Guerguerat prove exactly the opposite, as you provided military equipment to Polisario.”

In messages to the French Ministry of Foreign Affairs and the European Parliament, he described Belani’s statements as “inappropriate”, “outrageous”, “defamatory”, and “incompatible with the diplomatic position” Amar Belani occupies.