Rabat - Spanish author and historian Charles Powell has reopened the Ceuta and Melilla pandora box in his latest book, “King and Democracy”, uncovering a prickly file Spain had wanted to keep secret for a very long time. 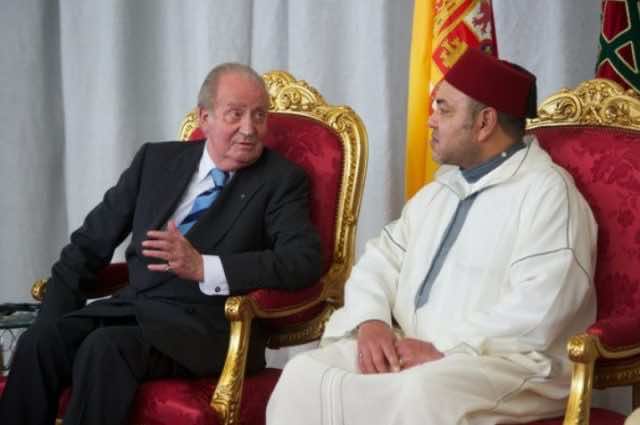 By
Chaima Lahsini
-
Chaima Lahsini is freelance journalist and activist with the Al-Fam collective in Rabat.
May 6, 2017
Spread the love

Rabat – Spanish author and historian Charles Powell has reopened the Ceuta and Melilla pandora box in his latest book, “King and Democracy”, uncovering a prickly file Spain had wanted to keep secret for a very long time.

In April 1979, King Juan Carlos was willing to cede the city of Melilla to Morocco and put Ceuta under the control of an “international protectorate.” The shocking revelation was made during a meeting between the King of Spain and US Senator Ed Muskie, personally sent by US president Jimmy Carter at the time, said Europa Press.

Muskie was to meet with several regional officials to discuss the problems faced by Europe at the time, reports Europa Press Agency. In a document that was declassified in 2014, we learn that the Spanish king was considering a cession of the two cities.

In his book, Powell narrates how Juan Carlos disclosed his intentions to Muskie in an hour and a half-long conversation, assuring his interlocutor that “the real conflict with Morocco is the two enclaves.”

These words had been sealed since the late 1970s, but three years ago with the publication of the book, they finally came out to the world. US Ambassador Terence Todman wrote at the time:

“The great question between Spain and Morocco is that of the two Spanish enclaves. Juan Carlos considered that Melilla could be ceded to Morocco in a rather short time because 10,000 Spaniards only lived there. The King of Spain acknowledged that this question could displease the army but that the situation could be managed quite easily.”

The case of Ceuta is more problematic. Sixty-thousand Spaniards lived there, a figure too large to decide whether they should return under Moroccan sovereignty. For Juan Carlos, the best solution was to have a status similar to that of Tangier, where the city had earlier been administered by a “commission of several European countries.”

Juan Carlos’ fears were well placed. Just nine months before the Green March, Morocco was engaged on another front to decolonize its northern territories. On January 27, 1975, Morocco addressed a memorandum to the special decolonization committee of the UN, asking for the retreat of Spain from Ceuta, Melilla, Canary Islands and the Rock of Badis.

“Ceuta is the Heart of Spain!”

The breakout of the news provoked the anger of the main parties of Ceuta, in particular the Caballas coalition and the Movement for Dignity and Citizenship (MDyC) represented in the local assembly, who demanded clarification from the royal house and claimed their attachment to the irreversible Spanish character of the two cities, reports the Europa Press Agency

The government spokesman was quick to react, A few hours after the news emerged, he denied the information, saying that “the central government does not value documents on this subject from the archives of the United States” and stating that the position of Spain Always has always been sound and clear.

The president of the government of Melilla Juan José Imbroda reiterated his invitation to King Felipe VI to visit the presidency. According to him, this would be the best answer to be given to the Spanish character of the city. “It does not matter if the royal palace publishes a statement about it, the important thing is that Felipe VI visits Melilla,” he concluded.