Rabat- Mustapha Ramid, Moroccan State Minister for Human Rights, has come under fire by a coalition of local NGOs over his presentation of Morocco’s human rights report to the United Nation Human Rights Council in Geneva. 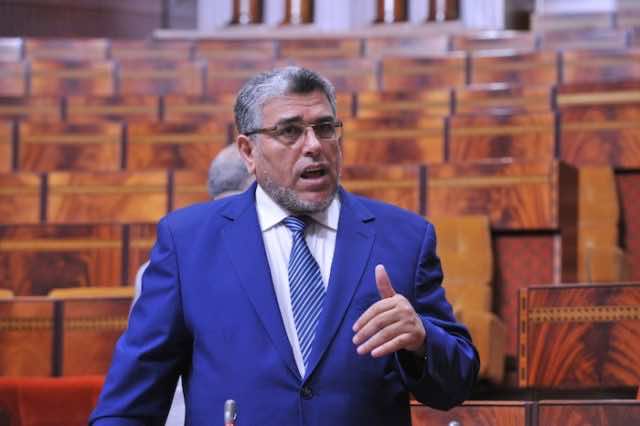 Rabat- Mustapha Ramid, Moroccan State Minister for Human Rights, has come under fire by a coalition of local NGOs over his presentation of Morocco’s human rights report to the United Nation Human Rights Council in Geneva.

In a statement, the group of 137 Moroccan human rights organizations said Ramid’s presentation and answers during the submission of the report to the UNHRC were “unsatisfactory” and “have nothing to do with” international-recognized human rights principles.

On May 2, Ramid led a delegation of Moroccan officials from various ministries and state organizations to the UNHRC.

There, he submitted its report on human rights in the kingdom for the third cycle of the Universal Periodic Review (UPR), a regular procedure to monitor countries’ human rights records based on reports by governments and NGOs.

Ramid intended for the report to Morocco’s implementation of the recommendations from 2012’s UPR meeting, said Maghreb Arabe Presse.

“An action plan has been adopted to follow the implementation of recommendations of the different UN mechanisms,” said Ramid, stating that most recommendations approved by the kingdom were enforced. “Only [a] few remaining recommendations are left”, he added, assuring that they were “under way.”

Ramid also said that the government has taken several measures and initiatives to “honor its engagements” in regard to UN human rights mechanisms and recommendations.

Among the kingdom’s achievements in terms of human rights, the minister mentioned Morocco’s immigration policy, justice reform, the adoption of a new press code, the establishment of the Constitutional Court, and the bill on violence against women.

As for human development, Ramid said 10 million people from the 44,000 projects were realized since the National Initiative for Human Development was launched.

During the UPR’s discussions of Morocco’s latest human rights report, member states took on different approaches based on their relationships with the kingdom. Some painted a rosy picture of the situation, others such as Ecuador, Namibia, South Africa, Zambia, and Zimbabwe drew a much darker one.

“There is a huge disparity between states regarding their questions and recommendations”, human rights expert Aziz Idamine told MWN. He said that Arab countries tended to merely pay Morocco compliments about its human rights achievements, advocating a continuity of reforms.

“There are other countries, based on their convictions, which called on Morocco to take up more measures and adhere to international conventions and assure compliance of national laws with universal principles.”

Other countries however, explained Idamine, “have not yet adapted with the nature of UPR, which is a human rights mechanism, not a political one. These states have not grasped yet that the question of Western Sahara for example is under Chapter VI of the UN Charter and has nothing to do with the UNHRC, that is why they keep repeating the same story since 2012.”

Following Ramid’s presentation of the report, the coalition of NGOs expressed dissatisfaction and anger at the minister.

“We totally regret the answers given by the head of Moroccan delegation, which had nothing to do with human rights principles as universally recognized,” read the statement.

The minister, says the coalition, did not mention “Amazigh linguistic and cultural rights,” “individual freedoms and freedom of conscience,” and “women rights in relation to polygamy, inheritance, abortion and minors marriage.”

They drew attention to Ramid’s use of the concept of “religious principles” as a reason Morocco’s divergence from some international human rights regulations.

In one of his answers, Ramid said that “Morocco, like any other Arab and Islamic country, refers to religious principles, as they represent the will of Moroccan citizens.[…] Religious principles are not different from international criteria with the exception of some few points regarding women’s rights.”