Casablanca - Governor of the northern region of Morocco, Mohamed El Yaakoubi, has denounced the "brainwashing" of the leaders of the protest in the province of Hoceima, on Sunday, adding that they will have to answer, "before the justice of their calls for violence.”

Casablanca – Governor of the northern region of Morocco, Mohamed El Yaakoubi, has denounced the “brainwashing” of the leaders of the protest in the province of Hoceima, on Sunday, adding that they will have to answer, “before the justice of their calls for violence.”

The Moroccan city of Hoceima in the Rif region has been the scene of regular demonstrations since the death of fish seller, Mohcine Fikri, in a garbage truck last October.

Events have taken a more social and political turn in the intervening months under the leadership of activists who are calling for the development of the region, which they consider marginalized.

In an interview with France’s AFP, Mohamed El Yaakoubi gave an account of the current status quo in the city of Hoceima.

“Hoceima is a normal city, which operates normally and whose institutions are operational. There are only occasional demonstrations, but fewer in number than in other provinces,” El Yaakoubi stated.

“Everything is virtual, at sight of the Facebook profiles of these people, one might think that the city is on fire, when it is not.”

Speaking of a gathering on Saturday of around a thousand people in the form of a pans protest, the governor explained:

“The rhetoric of these people [the leaders] is a succession of brainwashing, they say everything and its opposite,” he said, denouncing “calls for violence,” as well as a “speech of terror and instrumentalization.”

The official added that these leaders engage in “propaganda on Facebook,” and lash out at elected officials using “offensive personal attacks.” He pointed out that they “do not accept any contrary opinion and designate as traitors all those who do not agree with them,” noting these leaders use a religious discourse to attract more sympathizers.

“A [judicial] procedure is already underway … Justice will say who is pulling the strings,” added the governor. 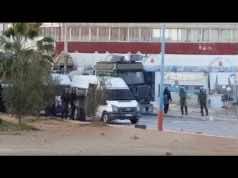 Al-Hoceima’s Governor Joins Protestors in the Street at 3AM 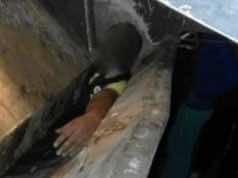