Rabat - The Human Rights Council is no longer tolerating Morocco’s idling when its comes to violence against women. 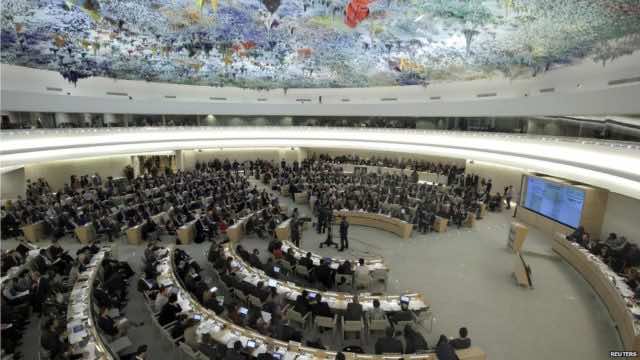 By
Chaima Lahsini
-
Chaima Lahsini is freelance journalist and activist with the Al-Fam collective in Rabat.
May 8, 2017
Spread the love

Rabat – The Human Rights Council is no longer tolerating Morocco’s idling when its comes to violence against women.

During the Universal Periodic Review (UPR) of Morocco at its 27th session in Geneva this week, the Human Rights Council of the United Nations (UN) presented a list of recommendations regarding women issues to the Moroccan government, reminding the Kingdom that it still has a long way to go in terms of women’s rights.

In preparation for the UPR, an alliance of NGOs, in collaboration with the international NGO MRA Mobilising for Rights Associates, prepared and submitted to the Council a shadow report on violence against women in Morocco.

Stephanie Willman, founder of the Mobilising for Rights Associates told Morocco World News that “we were extremely pleased with the large number of recommendations made to the Moroccan government on the need for a Violence Against Women (VAW) law, and specifically the need to make serious amendments to the text in order to improve it.”

Among the 244 recommendations made by the Council to the Moroccan government, 61 address women’s rights issues.  32 of these call for specific measures to be taken to combat violence against women, including making much needed amendments to improve the current draft law 103-13 and to speed up the process of its enactment.

In fact, the current draft of 103-13 was severely criticized by the Council, who believes it to be inconsistent with international standards in this area.

“MRA and our partner NGOs are trying to convince the MPs and ministries about the need to review the bill,” said Willman, adding that they “have given specific suggestions of language to add or change.”

In 2012, many NGOs including the MRA submitted many recommendations to Morocco, 176 of which had been accepted or placed on hold. At that time, the problems concerning Morocco focused on the fight against gender-based violence and the preventive measures applied to put an end to forced marriages.

For the 3rd edition of the UPR, the recommendations addressed other issues regarding Morocco, mainly the continuing weaknesses in women’s rights.

“The other thing is that the countries at the Council called Morocco on the fact that they have been promising this law for over ten years now,” noted Willman. In fact, several States members also noted that previously, in the first and second UPR cycles in 2008 and 2012, Morocco had declared to the Human Rights Council its intention to enact a law on violence against women. Nine years later no such legislation has been enacted.

Willman emphasized the urgent need to review the draft law as soon as possible in order to finally have a “specific and comprehensive law on violence against women with civil and criminal provisions.” She noted that the MRA has drafted a list of suggestions for the 103-13 draft bill.

Among these suggestions, the president of the MRA is calling for the criminalization of marital rape, the implementation of civil protection measures to keep women safe quickly and decriminalization of sexual relations outside of marriage so rape victims can press charges. The MRA is also stressing the need to “give the police and prosecutors the power and obligations and guidelines they need to take on violence cases at the very beginning, reporting and investigation.”