Rabat - Morocco has expressed its support for Côte d'Ivoire's candidacy for membership in the United Nations Security Council (UNSC).

Rabat – Morocco has expressed its support for Côte d’Ivoire’s candidacy for membership in the United Nations Security Council (UNSC).

“Morocco has always had an active and credible diplomatic representative to the UNSC, expressing the issues and concerns of the African continent in the best way,” Bourita told reporters.

Bourita continued highlighting the importance Moroccan and Ivorian relations, saying, “The relationship between Morocco and Côte d’Ivoire is a reference in the African policy of the kingdom.”

“The best example is the frequent visits of the King Mohammed VI to Côte d’Ivoire and the visits of Ivorian President Alassane Ouattara to Morocco,” Bourita said, adding that the aim of the visits were “rich and diverse in terms of economy.”

“The Ivorian president reiterates that it ensures that Morocco is present in force in Africa following its return to the African Union,” Amon-Tanoh added.

Amon-Tanoh added that he discussed with Bourita the program of the African continent in 2017, including the Council of Foreign Ministers of Member States of the Organization of Islamic Cooperation and the AU summit. 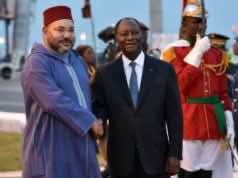 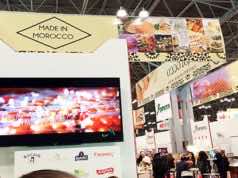