Rabat - Morocco will continue its cooperation with United Nations Secretary General Antonio Guterres to find a political solution based on Moroccan initiative of autonomy plan in the Western Sahara,  Moroccan Minister of Foreign Affairs and Cooperation Nasser Bourita said on Monday. 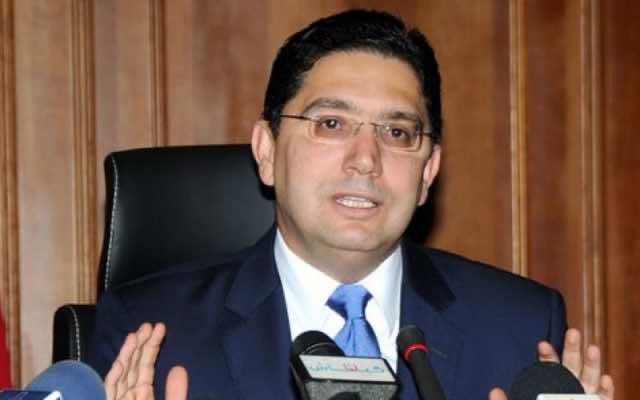 Rabat – Morocco will continue its cooperation with United Nations Secretary General Antonio Guterres to find a political solution based on Moroccan initiative of autonomy plan in the Western Sahara,  Moroccan Minister of Foreign Affairs and Cooperation Nasser Bourita said on Monday.

The solution should be in the full respect of Moroccan sovereignty and territorial integrity, stressed Bourita, who was delivering a presentation in front of the Committee of Foreign Affairs, National Defense and Islamic Affairs and Moroccans residing abroad at the House of Representatives.

The United Nations Security Council adopted recently Resolution 2351 regarding the Western Sahara, which extended the mandate for another year and urged the Security Council to compel Algeria and the Polisario to conduct a census of the Saharawis in the camps.

During his presentation, which focused on the draft sub-budget of the Ministry of Foreign Affairs in 2017, Bourita said that the ministry’s job next year will be to thwart all plans carried out by the Moroccan rivals.

He also added that Morocco will continue to gather international support fpr its efforts in the Sahara issue and counter its rivals’ maneuvers.

Bourita went on to add that the ministry will convene with the parliament to discuss  appropriate methods and demonstrate to them the priorities of Moroccan diplomacy and bilateral relations between Morocco and its allies.

With regard to Morocco’s return to the African Union, Bourita said that Morocco has achieved a “great success,” noting that Morocco also gives strategic importance to cooperate with the Economic Community of West African States (ECOWAS) This is what pushed Moroco to submit his request to join as a full-fledged member in February, he added.