Rabat- French authorities' recent decision to declassify intelligence documents from 1965 have opened up the possibility of new revelations regarding the fate of Mehdi Ben Barka, the Moroccan dissident who disappeared mysteriously in that year. 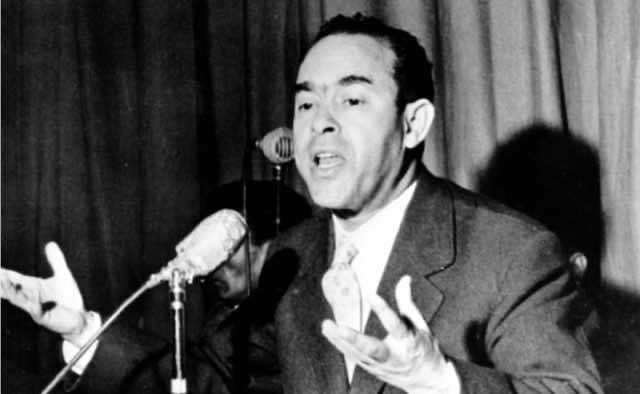 Rabat- French authorities’ recent decision to declassify intelligence documents from 1965 have opened up the possibility of new revelations regarding the fate of Mehdi Ben Barka, the Moroccan dissident who disappeared mysteriously in that year.

The family of the late Socialist leader has expressed hope the documents might provide clues on the circumstances surrounding his disappearance.

“This is a request we had made, so of course we were happy when we heard the news,” Ben Barka’s son Bachir told Jeune Afrique.

Eighty-nine documents of the Service de Documentation Extérieure et de Contre-Espionnage (SDECE), France’s former external and counter-espionage services, between 1965 and 1966 are to be declassified as was announced on May 5 in the official gazette of the French republic, the Journal Officiel.

The Commission du Secret de la Défense national (CSDN), an independent administrative body in charge of advising on documents declassification, had in March given approval of declassifying 89 documents between 1965 and 1966.

According to Radio France Internationale (RFI), the Minister of Defence will make a final decision concerning the documents before May 14.

Ben Barka disappeared on October 29, 1965 in Paris, likely abducted outside the restaurant Brasserie Lipp on the Boulevard Saint-Germain. His family, along with Moroccan left-wing political movements and human rights NGOs, have been calling for the truth ever since.

Moroccan secret services and elements from its French counterpart have been blamed for his abduction.

In 1967, Morocco’s former head of intelligence and Minister of Interior, General Mohammed Oufkir, was sentenced in absentia by a French court to life imprisonment for his alleged role in the kidnapping of Ben Barka.

In 2001 former Moroccan agent Ahmed Boukhari opened up to French and Moroccan media about Ben Barka’s abduction, saying he was tortured and killed in France by Oufkir and former Army General, Ahmed Dlimi, before his body was taken back to Morocco and dissolved in acid.

An investigation into Ben Barka’s disappearance was opened in France in 1975, and since then it has not made significant advancements.

Some of the declassified documents bear the dates of October 11 and November 2 and 3, 1965, 16 days before Ben Barka’s abduction and three days afterwards.

Will these documents help uncover the truth about the disappearance of the late opposition leader? His son Bachir, in a conversation with TelQuel, expressed careful optimism. “I can’t speculate about the content these documents which we know nothing about so far.”

Bachir, who has been for years leading a campaign for the truth about his father’s faith, called on Moroccan authorities to “act” and join hands with their French counterparts in the search for the truth.