Morocco World News
Home Culture Hilarious: What Happens When Gad El Maleh Tries to Get Through US...

Rabat- What happens when Moroccan-French comedian Gad El Maleh is being questioned by a US border patrol officer at the airport? Tons of laughter. 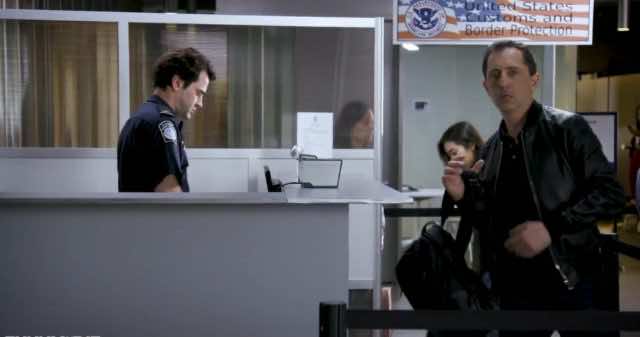 Rabat- What happens when Moroccan-French comedian Gad El Maleh is being questioned by a US border patrol officer at the airport? Tons of laughter.

In a video uploaded by comedy website “Funny or Die”, El Maleh is confronted by the notoriously tight US homeland security measures. A funny conversation ensues as he tries to answer the officer’s increasingly bizarre questions.

The clip deals with current issues such as US President Donald Trump’s ban of citizens of seven Muslim countries entering the US, and American misconceptions about Morocco and the Arab world.

“You were born in Morocco – why?” asks the patrol border.

“I guess because my parents were there at the same time,” answers El Maleh, laughing while the officer keeps a stern face.

“So you are a Muslim,” says the officers, as it seems obvious to him. “No, I’m actually Jewish,” he responds.

“So how did you understand what the other kids were saying?”

The video is the latest from El Maleh’s comedy adventure in the US. The Casablanca native travelled to New York to pursue his dream of making a name of himself in the English-speaking world.

His American tour has been quite successful so far, and he’s been a guest on some of the country’s most famous late-night shows hosted by big comedy names such as Trevor Noah, Stephen Colbert, Conan O’Brian, and Seth Meyers.

Considered one of France’s most popular comedians, El Maleh is an icon in his native country.