Rabat- Moroccan novelist and author Tahar Benjellon has opened up about his experiences meeting Emmanuel Macron, the newly-elected French president. 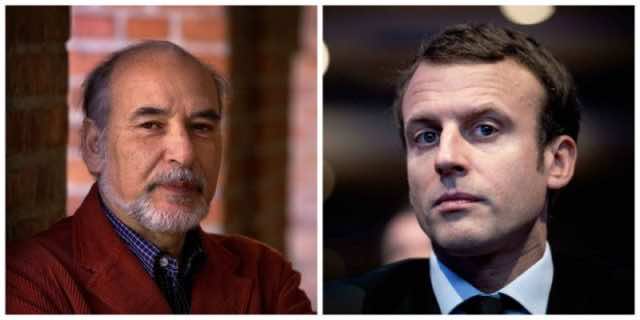 Rabat- Moroccan novelist and author Tahar Benjellon has opened up about his experiences meeting Emmanuel Macron, the newly-elected French president.

In an article published on Le360, Benjelloun writes that Emmanuel Macron, unlike former French presidents Valery Giscard D’Estaing or Nicolas Sarkozy, “wasn’t dreaming, when he was a student, of becoming one day a president of the republic.”

“This ambition is naturally carried in a very young age. Some believe in it and succeed in making their dream come true. Others, far greater in number, just fade away and no one remembers who they are”.

But Macron’s case was different, explains the author of “The Sacred Night”. When he first met the “En Marche!” movement leader, the latter was focused on his career in finance, “while thinking at the same about how French society is evolving and changing.”

Benjelloun had met the future president through a mutual friend, the left-wing French entrepreneur Henry Hermand.

It was Herman who “discovered” Macron during the latter’s internship in a prefecture in central France, shortly after finishing his studies at l’Ecole Nationale d’Administration.

When Macron wanted to buy an apartment in Paris, it was Herman who lent him money. “A sum he paid off later on in several installments.”

“One day I asked Emmanuel if he had children. Henry became angry and told me, ‘Are you mocking him?’ I did not know he had married his former French language professor who is 25 years his senior! Emmanuel made no comment but I know this was not a laughing matter,” recalled Benjelloun.

Macron’s grandmother had a big impact him, says Benjelloun, which is why he mentions her more than his parents. “She taught him discipline, perfection in work, steadfastness in what he does and the love of language and dictionaries.”

The experience in Rothschild Bank, Benjelloun goes on to explain, was beneficial for Macron later on, despite being what his opponents lash out against most.

Unlike François Hollande, the outgoing Socialist president, Macron does not see finance as an enemy, combining right-wing and left-wing precepts and experience.

His adherence to Terra Nova, the Socialist-inspired think tank, provided him some “left-wing weapons” to talk about social issues while incorporating the realism of capitalism.

Then, the former Minister of Economy began to set his eyes on the Elysée presidential palace. The relationship with Hermand turned sour, as he kept repeating to the press that he was the one who “made” Macron.

The two slowly drifted apart. while Hermand’s health deteriorated. Being a close friend of his, Benjellon said he paid him regular visits at the hospital in October 2016.

“Despite his breathing difficulties and multiple pains, Henry was only talking about Macron. He waited long before he came to see him. He finally paid him a visit one Tuesday. Henry died on Saturday, November 5,” at 92 years old.

The Moroccan writer and Macron met at Hermand’s funeral. “It was heartbreaking. He had just lost a spiritual father who discovered him when he was just 22 years old. I had lost a friend who was very attached to Morocco.”

The Moroccan novelist said the two met again during Macron’s campaign, where they reminisced about Hermand.

Later on, at the announcement of first round results, he sent him a message through his wife Brigitte, saying “I’m thinking how much Henry would have been pleased.”

Nevertheless, he confessed he was not sure about what he had said, knowing that “discreet but real jealousy” crept into the relationship between the mentor and his protégé.

Benjelloun described Macron a “star” that does not cease surprising others. But he admitted a hard task awaits him.

“He has to guarantee liberty and a true social justice, something which is not easy as he is not sure he can count on a majority in parliament to rule.” 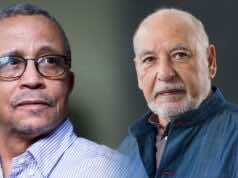