Rabat - Essaouria’s highly regarded Gnawa festival will celebrate its 20th anniversary with a host of national and international artists to add yet another touch of spirituality to the city that inspired Jimi Hendrix, Bob Marley, Paul Bowles and The Rolling Stones. 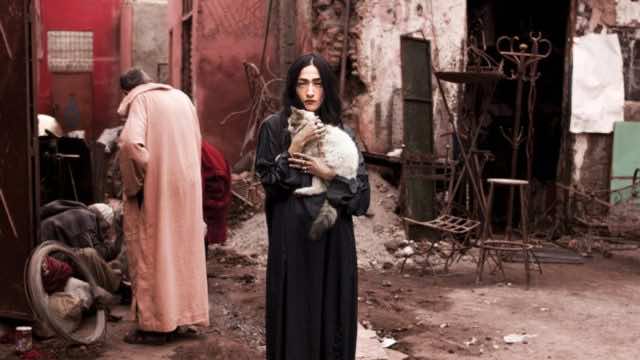 Rabat – Essaouria’s highly regarded Gnawa festival will celebrate its 20th anniversary with a host of national and international artists to add yet another touch of spirituality to the city that inspired Jimi Hendrix, Bob Marley, Paul Bowles and The Rolling Stones.

Following a roller coaster ride of 20 years, around 1000 artists and massive audiences, the festival’s popularity has grown on an international platform.

This year’s celebration of Gnawa festival will take place between June 29 and July 1, filling Essaouira’s streets with the soothing voice of Hindi Zahra,The soulful tunes of Lucky Peterson and the ancient African, spiritual and religious songs of the old and the young Gnawis.

While the festival’s program is yet to be announced, the invited performers have beenmade public. They are numerous, talented and certainly worth attending.

Translated into “that who knows” in English, GnawiMaalems are musicians capable of inducing trances with their guembri (sinter).

The festival has invited 18 Maalems, all fueled with talent and expertise, making the Gnawi trance hard to miss. 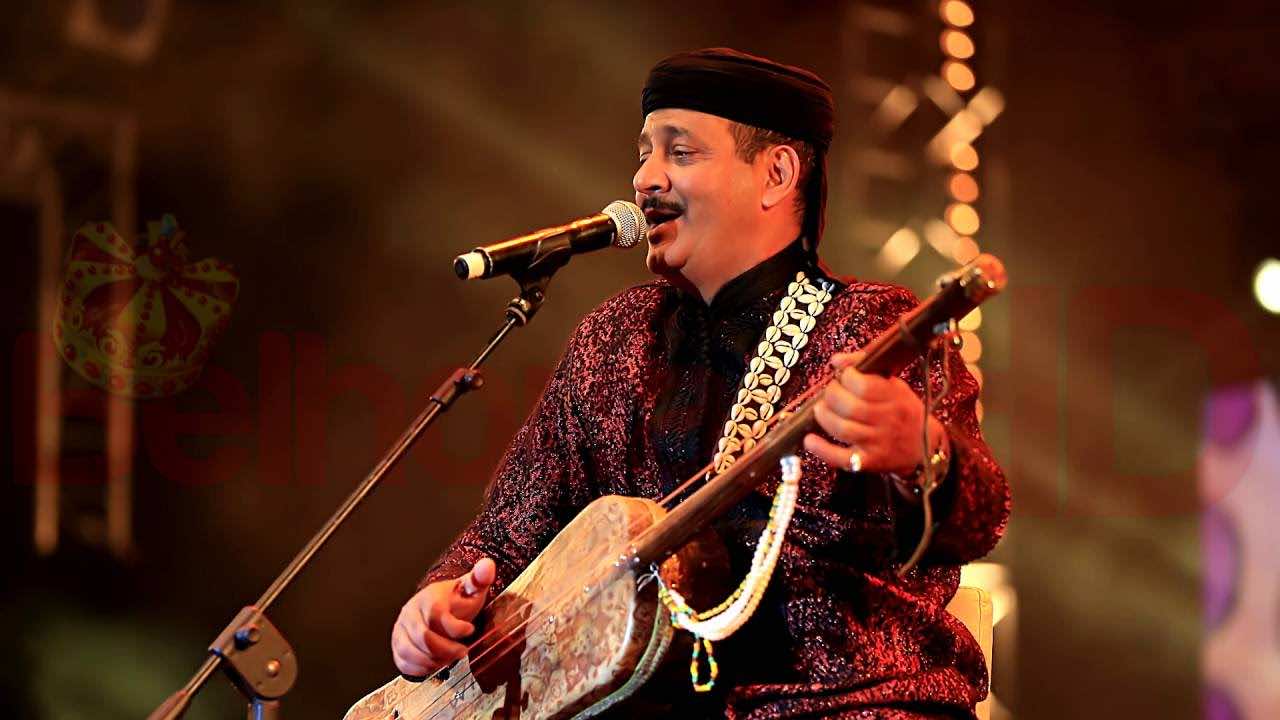 Student of a Sudanese slave, El Kasri has immersed himself in the world of Tagnawit for several decades. He combines Gnawa rhythms from the north and south of the country to produce an unprecedented musical fusion. His deep and intense voice has won him appreciation and respect from many critics. 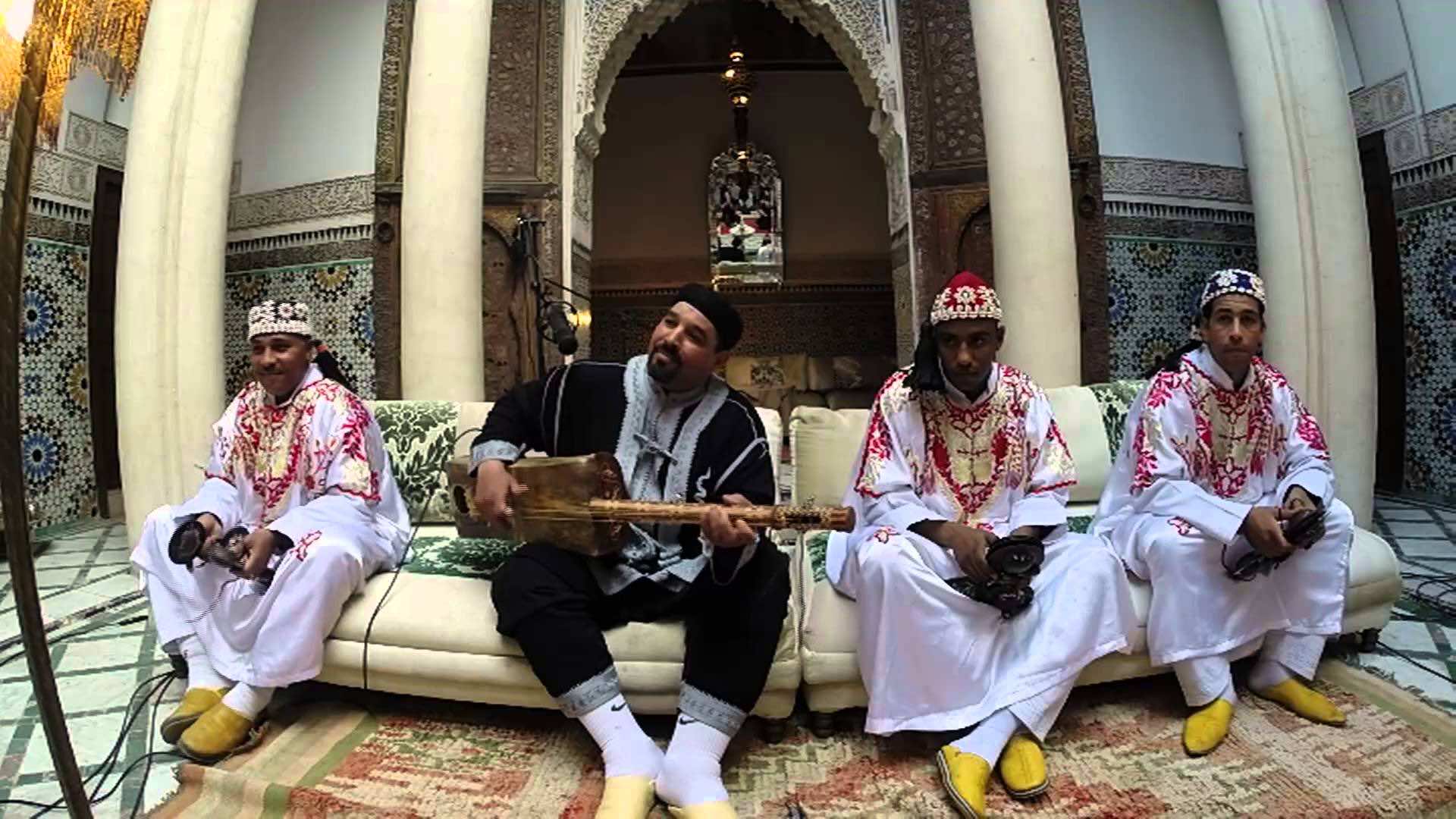 Talented and inspirational, Kouyou learned the ancient art from his mother in Marrakech. He currently has his own group. His breathtaking music has echoed all over Morocco and various countries. 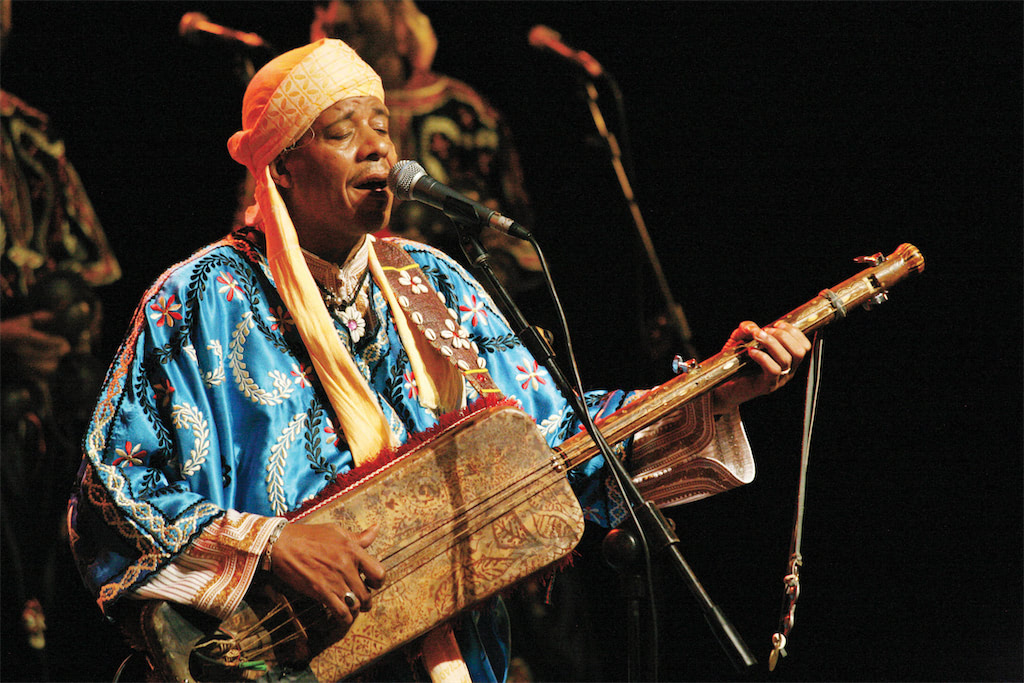 Bakbouhas performed with the famous Moroccan group,JilJilala. The artist is renowned for his collaborations with international artists such as Pat Metheny, Louis Bertignac, Eric Legnini and French jazz band Sixun at the Gnaoua and World Music Festival. He has also performed in America, China and Europe.

True to its multicultural precept, Gnawa Festival Music of the world has invited some of the most celebrated International artists. 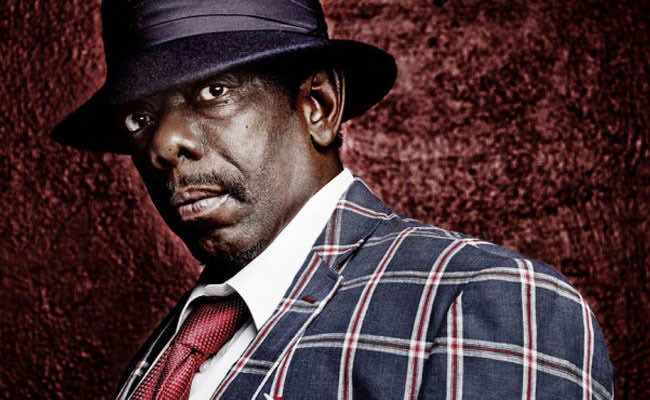 Contemporary Blues, Soul, R&B, Gospel and Rock n Roll musician, the “master of the guitar, organ and microphone,” as described by The New Yorker, will offer a performance at the festival to unite the audience with his distinctive voice and swift fingers.

“His musicianship is unassailable. It is a combination of sleek-handed dexterity and imagination, a happy marriage of blues authenticity and foot-pleasing dance-ability. This is a musician of unlimited enthusiasm and nearly unlimited potential having the time of his life and excelling at every stop along the way,” said Chicago’s reader about the artist, so be sure you’re up for something exceptional. 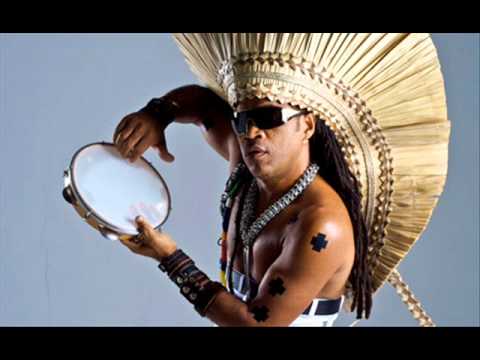 Brazilian musician, songwriter and record producer, Carlinhos Brown, is a name to remember, and the public will surely remember him after his festival performance.

Fusing tropicalia, reggae and traditional Brazilian percussion, Carlinhos learnedthe secrets of percussion instruments and developed a personal style that has awarded him the Best Brazilian Contemporary Pop Album twice, one in 2013 and the other in 2014 at the Latin Grammy Awards. 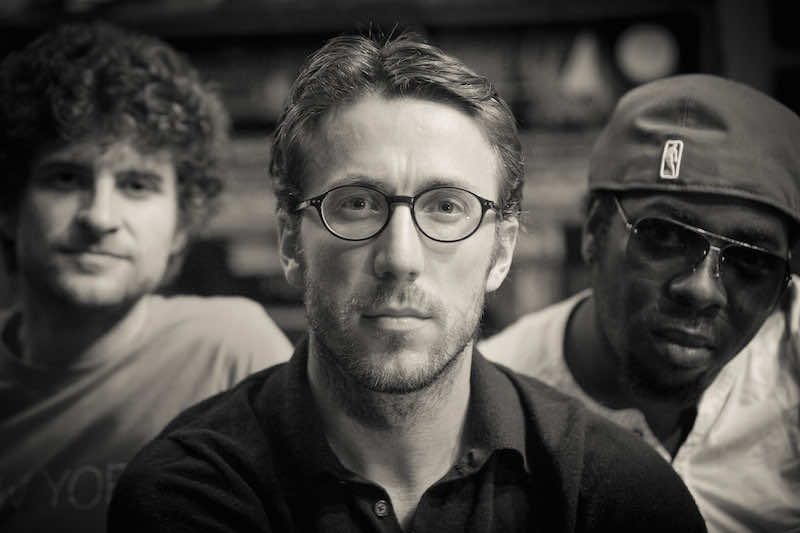 Grammy Award winner and original member of the internationally acclaimed jazz and funk collective, Snarky Puppy,the artist will grace the festival with a not-to-be-missed performance.

His debut album, Flint, was a chartbuster in 2014, receiving global critical acclaim after it topped the iTunes Jazz Charts.

He is a pianist, keyboard player, composer, producer and arranger, recording and performing with the likes of David Crosby, Morcheeba, Salif Keita, Bobby McFerrin and Susana Baca. 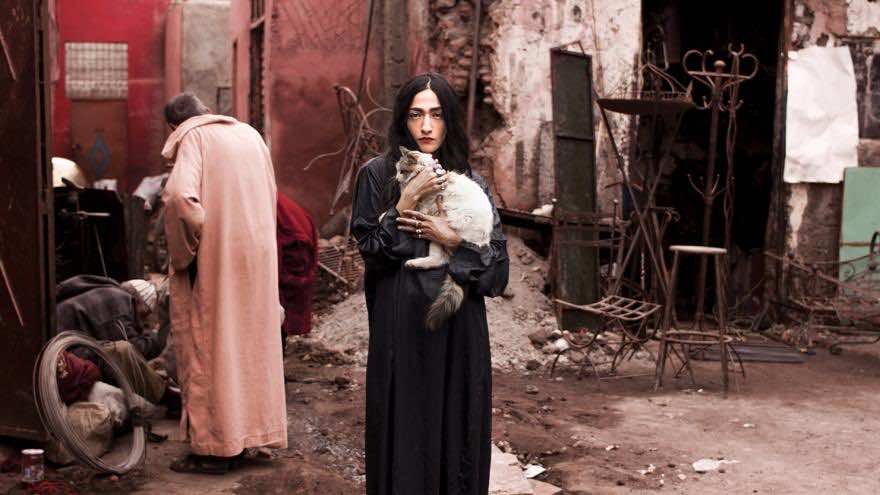 Compared to Beth Gibbons, Billie Holiday and Norah Jones, Hindi Zahra is one of the musical gems of Moroccan contemporary song. Fusing English, Arabic and Amazigh, the artist has written about 50 songs including the well-known Beautiful Tango,The Man I love and Stand Up.

With a subtle, softly-played guitar, a palate of emotions felt and read in her lyrics, the audience will surely stand still, attentive and emotional before the artist. 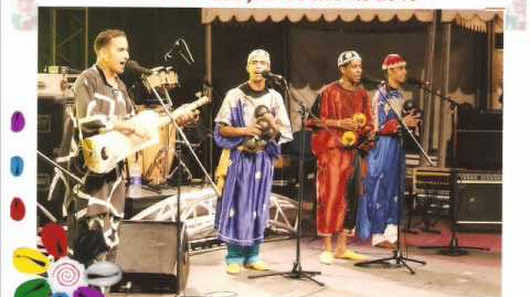 Marsa Band is the creation of eight Moroccan musicians, nurtured by the Gnawa Festival Gnaoua itself, the band is inspired by Arab-Andalusian music, reggae, funk, jazz, Latino. They have performed several times at the Gnaoua Festival. 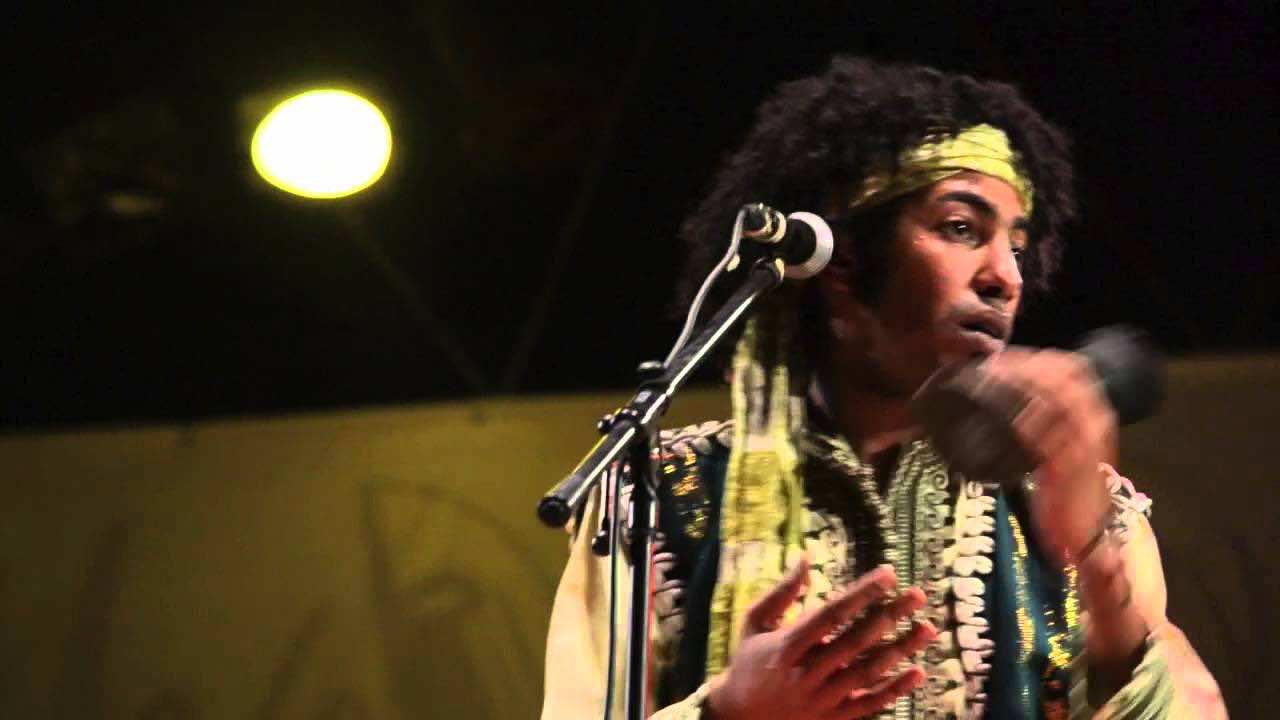 Mehdi Nassouli grew up in the vibrant culture of Gnawa music. Passionate about the guembri and Tagnawit, Nassouli spent a decade learning about the various Moroccan musical genres. 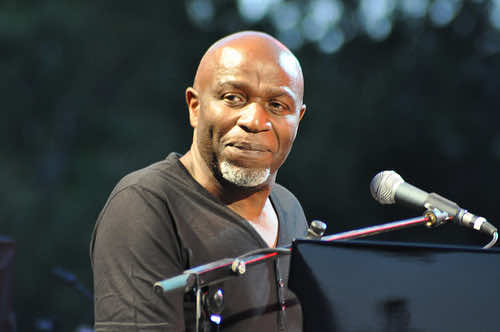 A pianist, guitarist, and songwriter, Congolese Rey Lema, plays the music of Africa and the world. The musician composes for theater and movie trailers and has won several awards including the Django d’Or.

He has released approximately twenty albums, each unique, and all are marked by Rey Lema’smusical language. 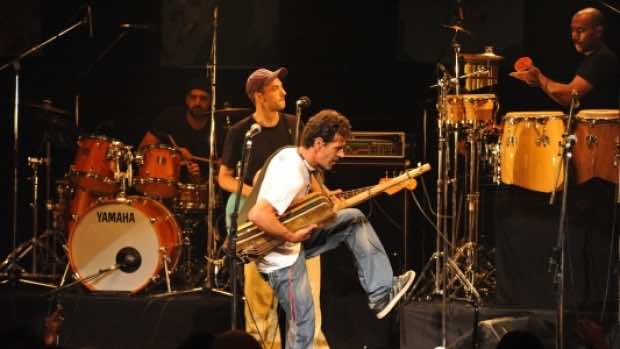 Rich in musical and cultural backgrounds, Gnawa Diffusion fuses its own personal style with reggae, jazz, Gnawa music and rai to create a unique musical palette.

The Algerian band uses its talent and creativity to bring forth political and social issues in their homeland, while advocating for self-development andimprovement.

Their lyrics are written and performed in Algerian Arabic, French, Amazigh and English. 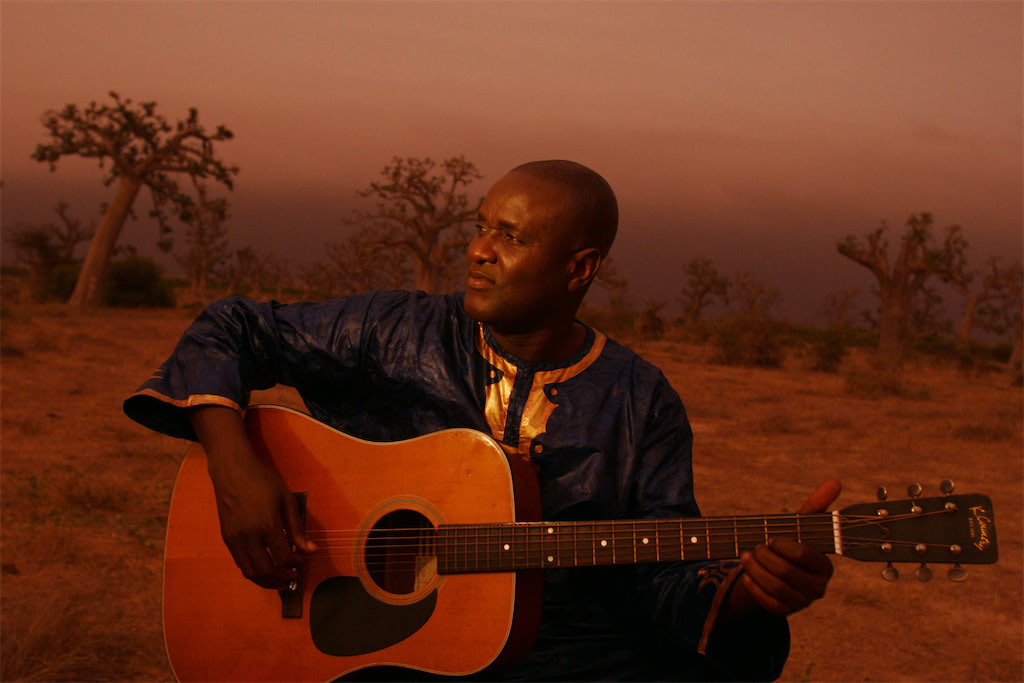 Ismeal Lo is a Senegalese guitarist, harmonica player and singer. He has been touring the globe for a couple of years playing world music.

He makes use of his unique voice and style to discuss the reality of Senegal, singing and informing on issues such as racism in his home country.