Rabat - Two deputies of the Federation of the Left in the House of Representatives recently called for a tax on wealth and inheritance to finance the education and healthcare reform in the country. The proposal was just denied by the Minister of the Economy and Finance, Mohamed Boussaid.

Rabat – Two deputies of the Federation of the Left in the House of Representatives recently called for a tax on wealth and inheritance to finance the education and healthcare reform in the country. The proposal was just denied by the Minister of the Economy and Finance, Mohamed Boussaid.

Omar Balafrej and Omar Chennaoui suggested the tax as an amendment to the 2017 Finance Bill, saying that the lack of resources and human skills are the real causes of slow economic growth, which could be amended for if the purposed tax plan is implemented.

Boussaid criticized the two deputies’ proposal, saying that such measures could frighten investors and push the country’s GDP backwards.

With the wealth tax, the two deputies estimated that those with a fortune worth between MAD 5 million and MAD10 million would have to pay 0.1 percent tax per year.

Those whose fortunes varies between MAD 10 million and MAD 20 million are excepted to pay 0.2 percent, while those with a fortune exceeding MAD 20 million will have to pay a tax of 0.5 percent.

Balafrej and Chennaoui calculated that the proposal would generate revenues of around MAD 4 billion, which would go into reinforcing health and education sectors, reports the daily Akhbar Al Yaoum in its May 12 edition.

The proposed reform suggested a 10 percent tax on inheritance estimated between MAD 1 million and MAD 10 million. 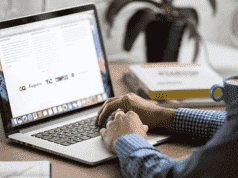