Rabat - As the 14th anniversary of Casablanca’s May 16th terrorist attack looms, seven Islamist detainees who were sentenced on charges of terrorism, have called for a royal pardon to obtain their release, according to a paper obtained by Al Yaoum 24. 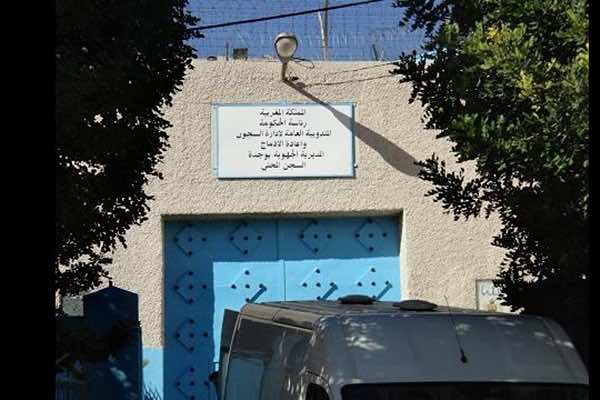 Rabat – As the 14th anniversary of Casablanca’s May 16th terrorist attack looms, seven Islamist detainees who were sentenced on charges of terrorism, have called for a royal pardon to obtain their release, according to a paper obtained by Al Yaoum 24.

The detainees, who are currently incarcerated within the local prison of Oujda, in eastern Morocco, revealed their intent to request a royal pardon in a request submitted to the department of the prison.

In the request, addressed to King Mohammed VI, the detainees claim they are imprisoned because of the orientation of their beliefs. They are calling for their release in the coming days, hoping the King will respond to their plea.

The detainees also recalled the tragic events of May 16 in 2003, which led to the deaths of 45 people, saying that they are “victims of the event due to arbitrary arrests and unfair verdicts.”

The detainees went on to say that they wish the case of the terror attack to be terminated.

“We hoped that the page of this case to be turned… It has been a long wait after years of promises, especially after the promulgation of the new constitution in 2011. And after the release of some of the sheikhs as well as before them, six political detainees released after they had been sentenced following the case of “Beliraj,” they added.

They added that, despite the release of Salafi detainees in 2016, there are sill a dozen of them languishing in prisons.