Rabat - While Morocco has made significant economic progress over the past 15 years, the country still struggles to bring youth into the job market, according to a recent World Bank report. 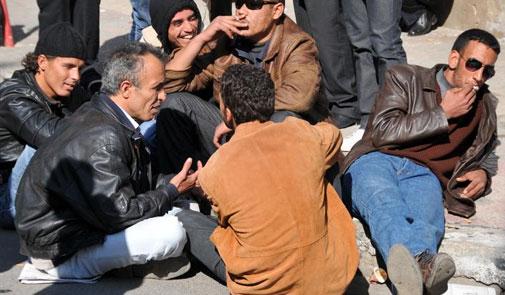 Rabat – While Morocco has made significant economic progress over the past 15 years, the country still struggles to bring youth into the job market, according to a recent World Bank report.

According to the report entitled “Morocco 2040 – Emerging by Investing in Intangible Capital”, about one in two young people aged 25 to 35 are employed in informal and insecure jobs.

The problem, according to the report, is that Moroccans in search of employment wish to secure high-paying jobs to meet the standards of living that are similar to those in developed countries.

“Even where their material circumstances have improved, young people at times experience feelings of deprivation and injustice whenever they compare themselves with other reference groups or whenever public policies, Executive Summary 9 Morocco 2040 particularly with respect to employment, are not in line with their expectations.”

Morocco’s youth are “overcome by a feeling of hopelessness that primarily manifests itself in the desire of many young people to try their luck abroad and join the roughly 4.5 million Moroccans officially residing in other countries.”

The report brought up the 2012–14 Arab Barometer, which said that more than 28 percent of the Moroccans surveyed want to immigrate, mainly for economic reasons.

The World Bank pointed out that a lack of adequate employment conditions greatly impedes progress in other critical economic and social issues like poverty and income inequality.

Advancing a social contract aimed at promoting an open society, strengthening inclusive institutions, putting more focus on government action and its core functions and developing human and social capital needed for Morocco’s economy to flourish in the 21th century would improve the situation of the employment market in Morocco, suggested the World Bank.