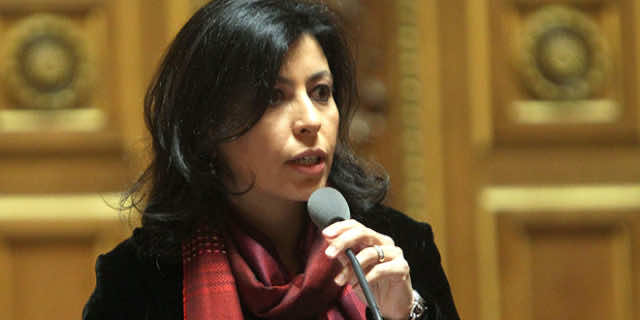 Rabat – On May 14, Francois Hollande’s mandate as president of France came to its term and the newly elected, 39 year old Emmanuel Macron was introduced as the 8th president of the Fifth Republic.

But, just as Macron commences his work, his movement En marche! is already facing its first controversy concerning the nomination of Leila Aïchi for the 9th constituency.

The legislative elections of June 2017 will designate the new deputies in the National Assembly under the mandate of Macron.

Since 2002, the party of the new president always obtained the majority in the National Assembly, essential for the government to not be stuck in a deadlock between opposing parties. However, due to the fragmentation of the electors after an intense election and the novelty of the En Marche! movement, Macron is not assured of receiving a majority.

On April 6 2016, Macron, who was still working as the Minister of the Economy under President Hollande, launched his movement before resigning from his ministerial position on August 30. En Marche! has defined itself as a trans-partisan movement, being neither from the left nor the right, that seeks to build something new out of France.

Although Macron was formally a member of the Socialist party until 2009, En Marche! seeks to transcend traditional political boundaries. It accepts supporters from both side of the aisle and does not require them to make a monetary donation.

The party intends to present candidates in all 577 constituencies. On May 8, 2017, Macron resigned from his position as head of the party, replaced by Catherine Barbaroux. The party was also renamed La Republique en Marche! in a push to increase support before the legislative elections.

The list of the candidates in the legislative elections caused an uproar in Morocco after the candidate chosen for the 9th constituency, engulfing sixteen North and North-West African countries, was found to support a pro-Polisario position.

Leila Aïchi, the Franco-Algerian Senator of Paris, was chosen as the candidate of the Republique En Marche movement. She hails from the French Democratic Movement (MoDem), the party of Francois Bayrou, one of Macron’s closest supporter.

Aïchi had organized a discussion on the Western Sahara conflict in February 2013 during which she publicly denounced France’s constant support of Morocco, considering what she considered to be violations of human rights by the Kingdom against the Saharawi people. She stated that “Western Sahara and its inhabitant have been suffering from the occupation by Morocco for almost forty years.”

According to many French newspapers, the choice of Aïchi was Macron’s way to reduce tensions with Francois Bayrou, who was said to be furious with the low numbers of MoDem representatives in the legislative investitures list. Despite the initial uproar, En Marche has maintained its candidate for now but may still decide to bring in a new candidate until May 19.

Meanwhile, the Moroccan branch of En Marche has announced its decision not to support and campaign for Aïchi in a communiqué published May 13, due to her statements on the Western Sahara conflict from 2013. Without the support of En Marche Maroc, her chances of victory appear to be particularly slim.

Indeed, with almost one third of electors of the 9th constituency living in Morocco, she will struggle to obtain a majority. The branches of the movement in Senegal, Ivory Coast and Tunisia also announced their decision to temporarily suspend their support for Aïchi until a final decision on the matter is confirmed.

Aïchi has not yet made a comment on her position on the Western Sahara conflict, but her candidacy has been confirmed by the MoDem, her campaign has been launched online, and she has already taken the official pictures for her upcoming posters.