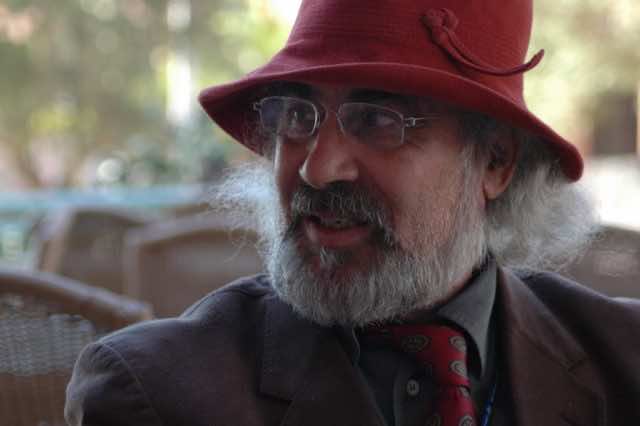 Rabat – The “catastrophic situation” of culture in Morocco has resulted in 12 stitches in the face of acclaimed theater director, Nabil Lahlou, after a ladder fell on him while preparing with the opening of his play “The Fall”.

Due to a lack of stage technicians, the 71-year-old director had been forced to set up the play by himself in a theatre in Kenitra.

His face bruised and hands raised, Nabil Lahlou stood in front of a photograph of the King Mohammed VI, in the hall of the theater of Meknes and narrated the misfortunate incident to the monarch’s picture and his viewers on Facebook Live.

“The situation of culture in Morocco is catastrophic. Moroccan theaters lack technical staff, and while I was preparing for the opening of ‘The Fall,’ starring Sophia Hadi, last week in Kenitra, a ladder fell on me,” the director said.

He went on to explain that the incident happened because he had to manage and organize everything by himself, as there was an absence of professional technicians to set up the stage.

However, 12 stitches in the face were not enough to prevent the director from attending his play “The Fall”, which opened May 9.

The 71-year-old director is considered one of the most influential Moroccan theater directors of the 1980s.

Lahlou is also an author, actor and film director. Most renowned for his theatrical production, his plays adapt Shakespeare’s plays to reflect post-colonial Morocco.