Rabat – Morocco’s General Directorate of National Security (DGSN) 61st anniversary was celebrated with all of the pomp and circumstance the occasion deserved, Tuesday at the Royal Police Institute in Kenitra.

The official parade grounds, shown here in a series of photograph, reveal the solemnness of the occasion.

The first photo shows ramrod straight lines of officers, marching in their dress uniforms, swords up and faces stoic.

In the next two photos, we catch a glimpse of some of the retired police officers who were honoured at the event for their years of excellent service to the kingdom.

Even the horses of the mounted unit got dressed up for the occasion, stepping past the dais.

The concentration etched in the faces of the riot police in the next picture should give anyone pause before attempting to cause trouble. 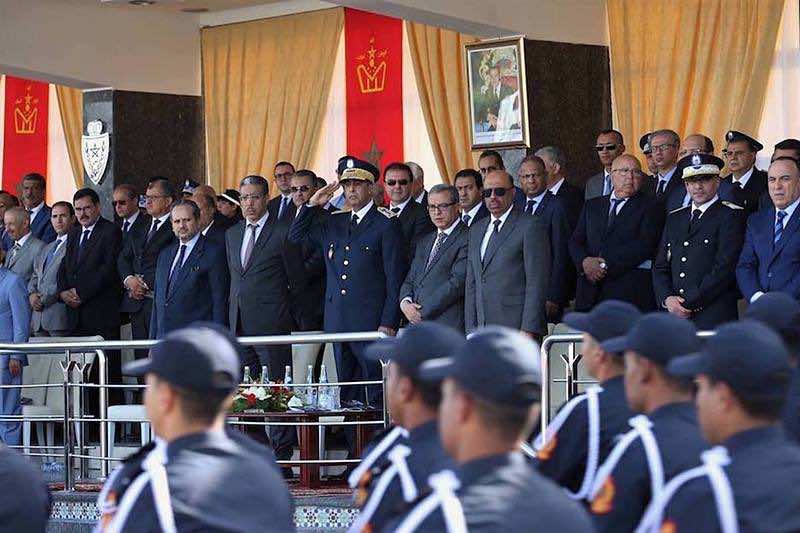 In the final photograph, Director-General of National Security, Abdellatif Hammouchi, is seen standing at attention. He is joined by Morocco’s Minister of Interior, Abdelouafi Laftit, as well as other state officials, including former Minister of Equipment, Transport and Logistics, Aziz Rabah. All take their place on the dais to mark the occasion, while the Director-General offers a salute to the passing officers.

Speaking on the occasion, the Director of the Royal Police Institute praised the reforms promised to the Kingdom’s security strategy.  He outlined the command and coordination centers which have been created in a number of security buildings and announced the intention of creating more of them in the near future. These centers will receive the demands of citizens and respond to them quickly and efficiently. They will also manage security interventions and coordinate efforts with other institutions.

In addition, security units and specialized security groups have been established. Their first concern is to enhance the sense of security among citizens, residents and visitors by combatting the growing threats of criminal phenomena and renewing the national security fleet.

The Director concluded by announcing that the DGSN has adopted a new charter for employment and police training. It will be focused primarily on fighting all fraudulent examinations, opening new disciplines and developing security-training courses.