Rabat - Morocco has condemned the aggression of one of its diplomats on Thursday during a meeting of a United Nations committee in the Caribbean. 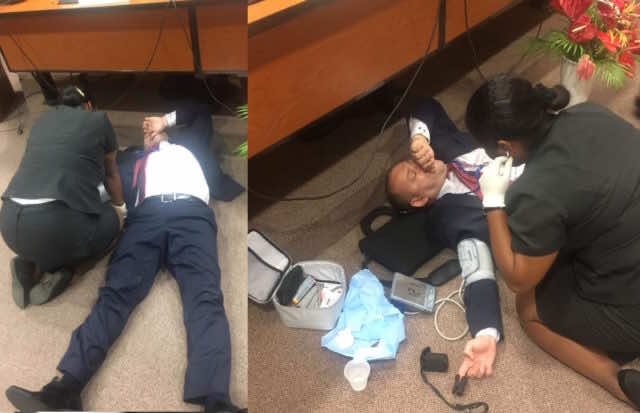 Rabat – Morocco has condemned the aggression of one of its diplomats on Thursday during a meeting of a United Nations committee in the Caribbean.

Nasser Bourita, Morocco’s Minister of Foreign Affairs, described the incident as “serious”, saying “it goes against all diplomatic practices.”

The incident took place during a meeting of the UN committee on Decolonization, where Soufiane Mimouni, the General Director of Algeria’s Ministry of Foreign Affairs, physically assaulted the assistant of Morocco’s ambassador to Saint Lucia.

During the meeting, the Moroccan delegation expressed its rejections of the presence of representatives of the Polisario Front.

Bourita said that Mimouni’s behavior, the third highest ranking official in the Algerian Ministry, is a transgression of all diplomatic practices. “This is something unprecedented”, he said.

He added that the Moroccan diplomat was taken to hospital, and that a complaint was filed against the Algerian official.

Photos of the incident show the Moroccan diplomat lying on the ground after being assaulted by the Algerian official.

The assault was described by Bourita as a proof of “the degree of nervousness of the Algerian diplomacy.”

Morocco and Algeria usually clash in international meeting over the issue of Western Sahara.