Rabat - The strategic issues and priorities of Chief Financial Officers’ (CFO) in Francophone Africa were the at the center of a recent study run by the PricewaterhouseCoopers (PwC) team, a multinational professional services network and the second largest professional services firm in the world.

By
Chaima Lahsini
-
Chaima Lahsini is freelance journalist and activist with the Al-Fam collective in Rabat.
May 20, 2017
Spread the love

Rabat – The strategic issues and priorities of Chief Financial Officers’ (CFO) in Francophone Africa were the at the center of a recent study run by the PricewaterhouseCoopers (PwC) team, a multinational professional services network and the second largest professional services firm in the world.

PwC launched the second edition of its survey on the strategic issues and priorities of the CFO in Casablanca on May 18, focusing on Francophone Africa.

Discussions involved growth prospects and expansion strategies of CFOs in this part of the continent, the work they do in the performance of their duties, continuing difficulties and the new challenges they face in supporting the transformation of the finance function.

After a first edition that focused primarily on Morocco, the second one gathered more than 100 CFOs from the Maghreb and Francophone Africa, to take stock of their expectations, needs and perspectives on the evolution of the African market.

For Noel Albertus, Managing Partner at PwC Advisory Maghreb and Francophone Africa, “it is in morose and uncertain economic environment that Africa stands as a strong exception.”

“The first observation that can be drawn from the report is that respondents express optimism in their forecasts at 80 percent,” Albertus added.

He explained that this is because “Africa has gone through several extremely difficult years (terrorism, epidemics, social and political instability, etc.), but its economy has shown great resilience.” This is a fact which greatly reassures the continent’s financiers as to its ability to absorb shocks, he said.

The various themes covered in the survey provide an instructive mapping of the perspectives and priorities of CFOs. One of their primary concerns, expressed, is the optimization of cash for better cash management to professionalize the function.

Discussions revealed that many companies face cash dispersal concerns and start demanding more sophisticated cash management solutions, such as cash pooling, to secure flows and reduce the risk of fraud.

Another major theme that emerged is the digital transformation of the financial function.

72 percent of the interviewed CFO’s stated their wish to see the IS improved. CFO’s often request the installation of an ERP like Oracle, to have all the information necessary to control the company. In this sense, 28 percent of CFOs are looking for financial profiles with digital skills.

Meetings also raised the difficulties many CFO’s face in their businesses, as 31 percent of managers brought up the problem of access to finance, which constantly stops the expansion of African enterprises.

41 percent of them also cited regulatory concerns, including the stability of the rules over time. Exchange rate risk is also a major concern, given the devaluations affecting some African countries (Tunisia, Nigeria, etc.). 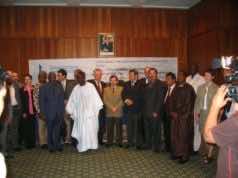 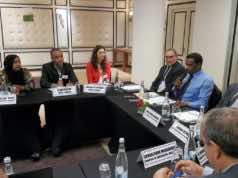