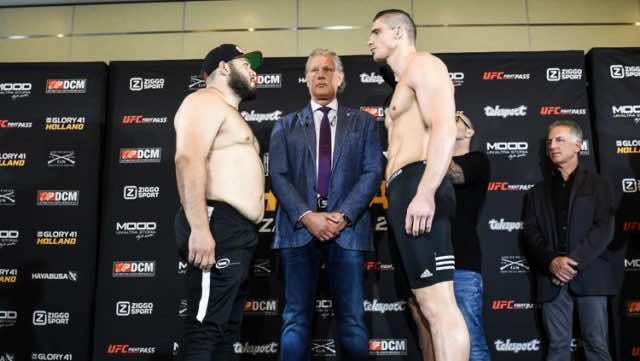 The Dutch “King of Kickboxing” was faster in a better shape than the Moroccan, using his speed and reach advantage to inflict damage to the Moroccan.

For five rounds Lazaar failed to bridge the distance to be able to direct hard shots to the champion.

The Dutch fighter’s athleticism wore the Moroccan out, despite the latter’s desperate attempts to score a winning knock out.

Lazaar had some success when he landed a vicious right hand in first round, dropping out the champ’s mouthpiece.

In the fifth round Verhoeven was shaken by an upper-cut by Lazaar, but the Moroccan could not capitalize on it. All judges scored the bout in favor of the Dutchman.

With Lazaar’s loss, another Moroccan is eyeing a fight with Verhoeven.

Heavyweight contender Jamal Ben Seddik previously called out the champ for a fight. However, Verhoeven decline the challenge calling it non-interesting.

Moroccan Legend Badr Hari was due to face the Dutch star in a highly anticipated rematch after his loss in December 2016, after an arm injury.

Yet, as the Moroccan is now serving a jail sentence in Holland, it is not clear if the two are ever going to face each other again.