Rabat - The Minister of Foreign Affairs and International Cooperation, Nasser Bourita, stressed the importance of strong relations between the countries of the Arab-Islamic world and the United States of America to face the challenges which weigh heavily on the region, Sunday in Riyadh. 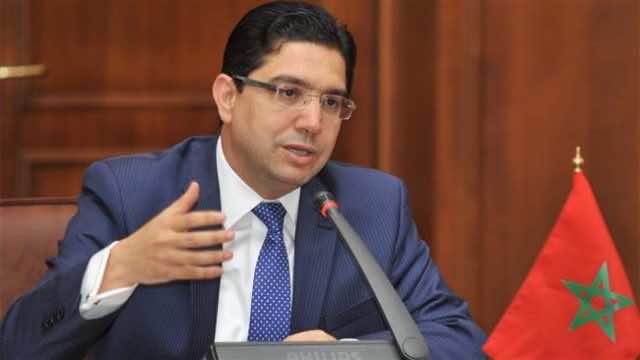 Rabat – The Minister of Foreign Affairs and International Cooperation, Nasser Bourita, stressed the importance of strong relations between the countries of the Arab-Islamic world and the United States of America to face the challenges which weigh heavily on the region, Sunday in Riyadh.

In a statement carried by Maghreb Arab Press (MAP), coinciding with the Arab-Islamic-American Summit, Mr Bourita highlighted the importance of the inauguration of a new era in relations between the Arab-Islamic world and the United States, given the challenges facing the region, including the terrorist threat and the interventionism of certain states in the internal affairs of Muslim countries.

Efforts to consolidate relations between the Arab-Islamic world and the United States show that “we are all in the same trenches facing the threats that target Muslim countries and affect the image of Islam as a religion Tolerance and the right environment, “said Bourita, who led the Moroccan delegation’s participation in the Riyadh Summit.

His Majesty, King Mohammed VI, supported the initiative of the Servant of the Holy Places for the strengthening of Arab-Islamic solidarity. He stressed the importance and timeliness of this initiative amid a climate of destabilization and the crises in certain Arab countries.

Mr. Bourita reiterated the support of Morocco for the Kingdom of Saudi Arabia and all Arab-Muslim countries in their initiatives aimed at strengthening solidarity between the countries of the Arab-Islamic world and the preservation of the interests of their peoples.

The Arab-Islamic-American Summit kicked off Sunday in Riyadh, with the participation of US President Donald Trump and an audience of Arab and Islamic leaders.

The aim of this conclave is to examine ways to build secure partnerships for an efficient fight against terrorism and extremism around the world.