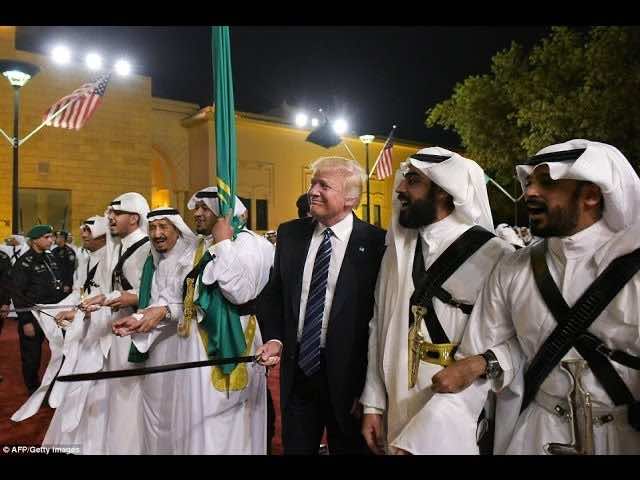 Traditionally a male-only dance, First Lady Melania was relegated to the sidelines, smiling as she watched her husband give his Waspish all to the dance in honor of his hosts.

“This is a war dance,” one of the participants explained. “I can see that!” was Trump’s reply. The celebration occurred after Trump and Saudi’s King Salman affixed their signatures to $110 billion worth of arms deals that have been the talk of the presidential visit.

The deals will see Saudi Arabia receiving a supply of weaponry that would be the envy of any despot. Tanks, artillery, armored personnel carriers, a Patriot and THAAD anti-missile system, as well as multi-mission surface combatant ships, patrol boats and all of the associated weapons systems are included in the Kingdom’s shopping list. In addition, Lockheed Martin has agreed to provide Saudi Arabia with 150 Blackhawk S-70 helicopters.