Toronto - Nineteen people were killed and many injured in an attack that targeted a concert by US singer Ariana Grand, according to Manchester police. 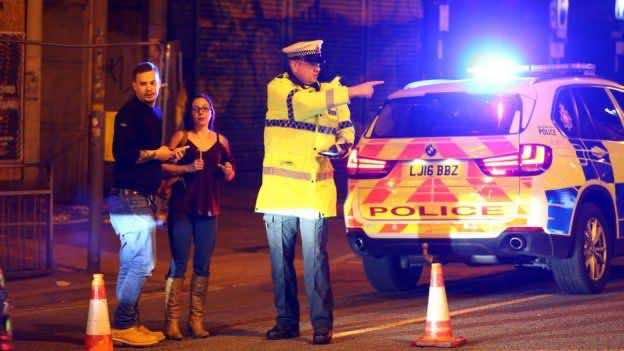 By
Constance Renton
-
Constance graduated from the Television and Radio Broadcasting Program at Canadore College in 1983.
May 22, 2017
Spread the love

Toronto – Nineteen people were killed and many injured in an attack that targeted a concert by US singer Ariana Grand, according to Manchester police.

So far, police are counting the number of fatalities at 19. Injured are numbering close to 50 but that number is expected to change. Police are treating it as a possible terrorist attack with some victims sustaining “shrapnel-like injuries.”

The explosion is reported to have occurred in the vicinity of the arena’s ticket office. Nearby Manchester Victoria station, has been closed until further notice and the Greater Manchester Police have posted a tweet ordering people to stay away from the area until it is secured.

Ariana Grande is a 23-year-old singer who is known for drawing large crowds of young fans. According to the BBC, Andy Holey had gone to the arena to pick up his wife and daughter after the concert and ended up being a witness to carnage. “As I was waiting, an explosion went off and it threw me about 30 feet from one set of doors to the other set of doors.”

The husband and father continued his account saying “When I got up I saw bodies lying on the ground. My first thought was to go into the Arena and try to find my family.” When he was unable to locate them he went outside to continue his search and found them unharmed.

Another eyewitness, Robert Tempkin, 22, described people screaming and running as they dropped whatever they were holding and instinctively ran for cover. “There were lots of ambulances. I saw somebody being treated. I couldn’t tell what had happened to them.”

Josh Elliott told BBC Radio 5 that “It was bedlam… it was horrific. We got up when we thought it was safe and got out as quickly as possible. People were just crying and in tears… police cars were everywhere.”

This is breaking news and will be updated as new details emerge. 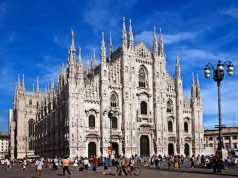 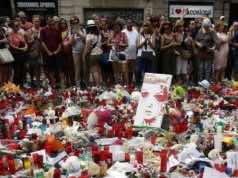