Toronto - After being called out during US President Donald Trump’s address before the Arab Islamic American Summit on Sunday for “spreading destruction and chaos” across the region through the funding and training of terrorists, Iran has fired back, accusing the US of creating and promulgating “Iranophobia.” 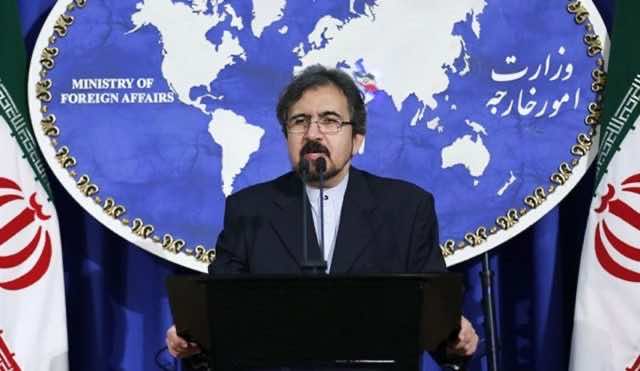 Toronto – After being called out during US President Donald Trump’s address before the Arab Islamic American Summit on Sunday for “spreading destruction and chaos” across the region through the funding and training of terrorists, Iran has fired back, accusing the US of creating and promulgating “Iranophobia.”

Iran also accused the US of arming “dangerous terrorists” a direct reference to the $110 billion arms deal Trump signed with Saudi Arabia’s, King Salman, Saturday during his visit to the Kingdom. The trip was Trump’s first stop on his inaugural foray outside US borders as president.

Spokesman for Iran, Bahran Qassemi, charged that, far from encouraging an atmosphere of unity in the region, Trump’s rhetoric is, in fact, “reinvigorating terrorists in the region by its hostile policies.” He added that the US “should stop selling arms to dangerous terrorists.”

According to Trump’s speech, Iran has been fanning “the fires of sectarian conflict and terror” for decades, a claim that Qassemi took clear exception to. “Once again, by his repetitive and baseless claims about Iran,” he said, “the American president… tried to encourage the countries of the region to purchase more arms by spreading Iranophobia.”

Iran has vehemently denied supplying terrorist organizations with weapons or in any way supporting terrorism or its ideology. Far from it, Qassemi claims, describing Iran as “a democratic, stable and powerful country.”

Qassemi added Iran is a country which promotes the values of peace and “the creation of a world opposed to violence and extremism.” The spokesman cited Iran’s recent election, rejecting conservatism and hard-line political ideology as a clear sign that the Iranian people are ready to re-engage with the world at large. Throughout his campaign, newly re-elected, Hassan Rouhani, stated his commitment to building bridges between Iran and the west.

As punditsconsider the effects of Trump’s address on Muslim countries all over the world, they are in agreement on one point; that Trump’s shift toward a softer view of Islam, following years of decidedly impolitic criticism, will, at best, be met with a great deal of skepticism.