Rabat - On Sunday at the ALIF Riad in Fez, Moroccan actress Amal Ayouch performed “The Well of Hope”, a metaphorical tale of two princesses and a spirit written by British playwright Kay d'Astorg, accompanied by Hamza El Fasiki on oud. 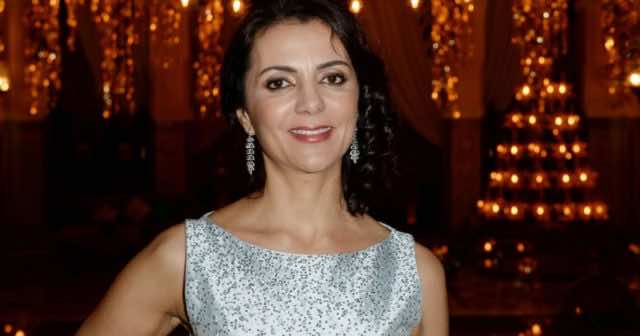 Rabat – On Sunday at the ALIF Riad in Fez, Moroccan actress Amal Ayouch performed “The Well of Hope”, a metaphorical tale of two princesses and a spirit written by British playwright Kay d’Astorg, accompanied by Hamza El Fasiki on oud.

Mystical, exceptional, full of heart and hope, Ayouch found no reason not to narrate the story of “The Well of Hope.” Like all fairytales, the narrative is abundant with poetic devices and magical creatures, but it is also rich in valuable lessons on cultural openness and the necessity of water.

The tale delves, literally, into a well of hope to unravel the power of cultural exchange in today’s troubled world. Ayouch recounted the story line of “The Well of Hope” to Morocco World News.

The garden of the story’s protagonist is home to a well, a spirit and two princesses, one of whom rules the East and the other the West. The two hold grudges against each other, as well as big dreams, which can only come true if they drink the water of the magical well.

The spirit of the well seizes the chance to open a dialogue between the two princesses when they come to drink from the reservoir of the magical water. Through speaking to the rulers of the West and East, she learns the ways of the two kingdoms and attempts to bring them together with her wisdom and magic.

Behind the poetry and the enchantment of the tale and its well lie strong implications to today’s reality. Ayouch explained that the conflict between the two princesses reflects the troubled circumstances of today’s reality.

The world is now continually assaulted by extreme political waves. “The Well of Hope” suggests that if humanity joined forces on issues critical to its continuation, such as water, the world would be a better place, the actress concluded.

Ayouch explained that “The Well of Hope” is just one of many projects undertaken in the Kingdom to sow peace through art, including the Fes Sacred World Music Festival. “Morocco is one of the countries in the Arab world that is investing in this initiative. [..] The participation of artists and musicians from around the world prove that Morocco is a welcoming, open country.”