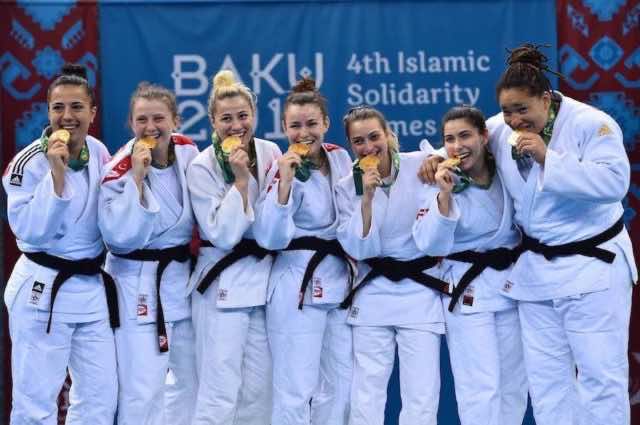 Rabat – From May 12 to May 22, 2017 the fourth Islamic Solidarity Games took places in Baku, Azerbaijan with competitors from 54 of the member states of the Organization of Islamic Cooperation.

The games, which take place every four years, are organized by the Islamic Solidarity Sports Federation (ISSF), based in Riyadh, Saudi Arabia and feature more than 20 sports competitions. The inaugural Solidarity Games were held in Saudi Arabia in 2005 and the next competition, scheduled for 2021, will be hosted by Istanbul, Turkey.

Despite the focus on athletic coopetition, the games also convey a message of solidarity in the Islamic world. For the Baku Games, the official moto was “solidarity is our strength” and the event championed the core values of unity, peace, respect and excellence according the official website of the Games.

These messages were particularly evident in the closing ceremony which featured 1,500 volunteer performers and was held in Baku’s Olympic Stadium.

The focal point of the ceremony was a 25-meter ‘tree of life’ which was ‘watered’ as an expression of solidarity. The ceremony also celebrated the Baku, highlighting many of the cities iconic sights and featuring six local musicians.

The Azerbaijani Minister of Sport, Azad Rahimov, seemed happy with the success of the Baku Games and told the official website, “We have welcomed old friends and new from across the Islamic world to our state-of-the-art sporting facilities, and our young people have applied their ever-growing skills to deliver yet another world-class event.”

In addition to a well-run event, Azerbaijan had another reason to celebrate. After the twelve days of coopetition in the 2017 Games in Baku, Azerbaijan led the gold medal count with 75 and a total of 162 medals.

Turkey, who will host the fifth edition of the Solidarity Games, won 71 gold medals and a total of 195. Iran, coming in third brought home a total of 98 medals, including 39 gold.

Morocco won 7 gold medals and a total of 27. 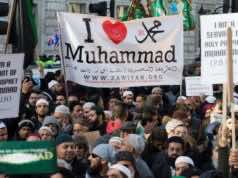 Islam and the Modern World

Should We Resort to Violence to Prove We Love Our Prophet?