In Algerian politics, appointing or sacking a head of government is usually an indication of gaining favor with the strongest power clan or falling from grace. Tebboune’s designation as PM obeys the same logic. 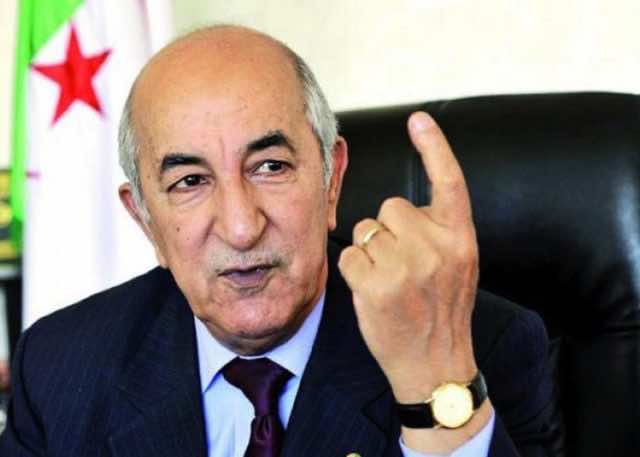 Tebboune, the former minister of housing, replaced Abdelmalik Sellal, who had been a loyal PM to the President Abdelaziz Bouteflika for five years and was expected to lead another cabinet after the general elections earlier this May.

Sellal has been minister since 1998, preceding Bouteflika’s presidency by a year. In 2012 he became Prime Minister, surviving four government reshuffles.

During this time, he has been known as Bouteflika’s “best lawyer.” In 2014 he campaigned on behalf of the ailing president, who could not take part in rallies and give speeches during his bid for a fourth presidential term.

His name had been circulating, among other prominent politicians with close ties to the Algerian regime’s power clans, as a possible replacement of Bouteflika.

The fact that Bouteflika remains in power suggests that Algeria’s political factions have not yet come to an agreement on a substitute to place in the presidential palace of Al Mouradia.

Just on Monday, Jeune Afrique wrote that Sellal is set to remain in office as Prime Minister. The French-speaking magazine nonetheless pointed out that other names had been floated as potential replacements, namely the Minister of Interior, Nouredine Bedoui, and the Minister of Housing, Abdelmajid Tebboune.

Unlike many other ministers who were reappointed in other departments or were sacked during the four governmental reshuffles during Sellal’s five-year tenure as Prime Minister, Tebboune remained as head of the housing department.

Housing has been considered a key department for the Algerian regime, who for years has adopted a policy of buying social peace. This policy had to be maintained despite the crash of oil prices, as Algeria depends heavily on earnings from oil revenues.

The nomination of Tebboune has been attributed to his positive record as Minister of Housing.

Morever, his recent argument with the Ministry of Finance and the state bank Crédit Populaire d’Algérie (CPA) indicates that he remains in favor with the presidential circle. After he accused of obstructing housing projects by not paying construction companies, showed that he had the presidential clan to his side, it was announced that the CPA would put DZD 12 billion into la Caisse nationale de logement (CNL) as a first payment installment to constructors.

Tout Sur l’Algérie (TSA) reported that Tebboune had directed criticism at Sellal, with whom he had not been on good terms.

“The financial crisis of the Housing department was hiding high tensions at the top of the political system. The swiftness with which the blocked payments were unfrozen gives credit to that assumption. Today’s appointment of Tebboune in place of Sellal proves this is definitely true,” wrote TSA.

Algeria’s opaque political system makes it sometimes hard to understand the nature of power struggle between the regime’s different clans, which are composed of the military junta, the president’s inner circle, and the businessmen aligned with the two.

Rivalry between these power groups leads to the peridodic appointment and sacking of key ministers or heads of the two major parties loyal to the regime, Front de libération national (FLN) and Le Rassemblement national démocratique (RND), though at other times they reach a consensus out of a desire to maintain the status quo.

Tebboune’s designation as Prime Minister will change nothing in the nature of the regime, political opposition parties say.

“For us, Algeria’s crisis is not related to a person in particular. It is not related to one person leaving the government and another one being appointed instead,” Farouk Tifour, a member of the Islamist party Mouvement Societé de Paix (MSP), told TSA.Yassine Aissiouane, member of the secular party Rassemblement pour la culture et la démocratie (RCD), said that “no real changed was introduced” following Tebboune’s appointment.

“The rare changes that have been introduced aim only at maintaining the status quo,” had added.