Rabat - Government spokesperson Mustapha Khalfi has questioned the legitimacy of a military presence in Al Hoceima. 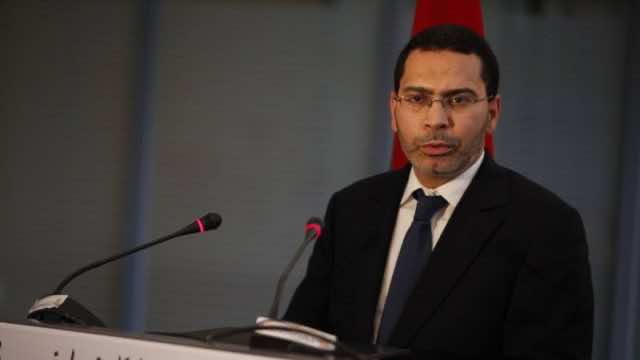 Rabat – Government spokesperson Mustapha Khalfi has questioned the legitimacy of a military presence in Al Hoceima.

“The insistence on promoting that Al Hoceima is a military zone does not rest on a legal basis,” said Khalfi, also the Delegate Minister to the Head of Government for Relations with Parliament and Civil Society, at a press conference Thursday following the government coalition’s latest weekly meeting.

Khalfi said that the government has expressed a clear position regarding the issue of militarization. The Dahir (Royal Decree) published on the official gazette on November 24, 1958 was superseded by a  second Dahir published in December 1959 related to the division of administrations.

Khalfi concluded that “the subject is over,” noting that what he explained is similar to what the President of the National Human Rights Council (CNDH) had previously said in two televised programs and Minister of Interior during his visit to Al Hoceima region.

The past seven months of protests in Al Hoceima followed the late October death of Mouhcine Fikri, the fishmonger who was crushed to death in a trash compactor while attempting to retrieve merchandise thrown away by authorities.

Following the government’ allegations that the protesters were “drifting towards separatism,” thousands of Al Hoceima region’s inhabitants staged a large-scale march last Thursday, denying that they are funded by foreign sources and reiterating their demands for social and economic development.

On Monday, a high ministerial delegation led by Minister of Interior Abdelouafi Laftit traveled to Al Hoceima to “speed up a development program.”

Laftit said that the visit responds to instructions from King Mohammed VI for the government to respond positively to demands of the protesters.

“[The visit] is a clear message from the government that it intends to recognize the realistic and legitimate demands of citizens in the Al Hoceima region,” he said. “King Mohammed VI is paying particular attention to the region of Al Hoceima.”