Rabat - A recent study suggests that the Moroccan goats, often seen perched in argan trees, spit the large seeds of the argan fruit rather than swallowing them. 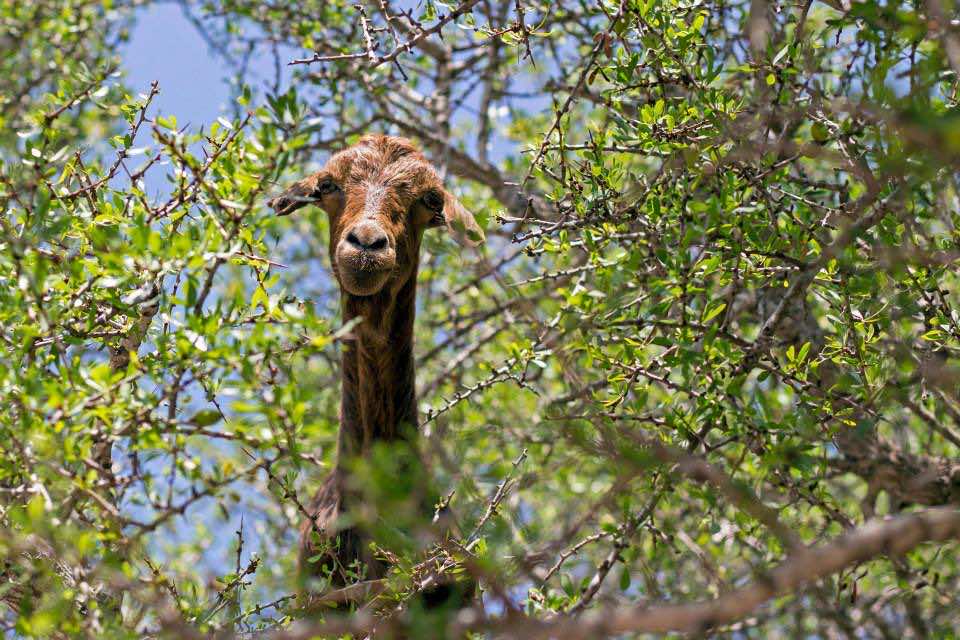 By
Erin Dunne
-
Erin Dunne graduated Phi Beta Kappa from the University of Michigan in the United States where she majored in History, French and International Studies.
May 26, 2017
Spread the love

Rabat – A recent study suggests that the Moroccan goats, often seen perched in argan trees, spit the large seeds of the argan fruit rather than swallowing them.

Typically, goats are seen climbing mountains or grazing in green pastures, but in the arid climate of southern Morocco, goats can often be found among the branches of the argan trees. Encouraged, and sometimes helped, up the thorny branches by human herders the goats eat the argan leaves and fruit.

As the goats eat the fruit, they are also helping to spread argan nuts (the seeds of the plant), allowing the tree to reproduce across the region. Until now, it had been widely believed that the nuts passed through the digestive system of the goat. This process was thought to make them easier to crack for the production of the argan nut products including argan oil.

When a group of biologists took a closer look at to goats’ method of eating the argan nuts, however, they found that the goats were likely to spit the nuts out rather than swallowing them. The study published in the May 2017 issue of Frontiers in Ecology and the Environment explains that the researchers had previously witnessed goats in Spain spitting out large nuts and thought that it was unlikely that the argan nuts, which are about 22 mm long and 15 mm wide, would be swallowed by the goats.

After observing the goats which are ruminants, meaning they swallow their food, and then regurgitate it, the researchers found that the goats spit out most of the argan nuts they consumed. When they spoke with local herders, they confirmed that this was common throughout the region.

In this study the majority, 71.5%, of the regurgitated argan seeds were viable when tested by the biologists. The findings of this research have important implications for the understanding of the reproductive process of plants whose seeds may be spread after being ruminated by animals. The study explains that “because the seed remain in the rumen for hours or days, the may potentially be released very far from the mother plants.”