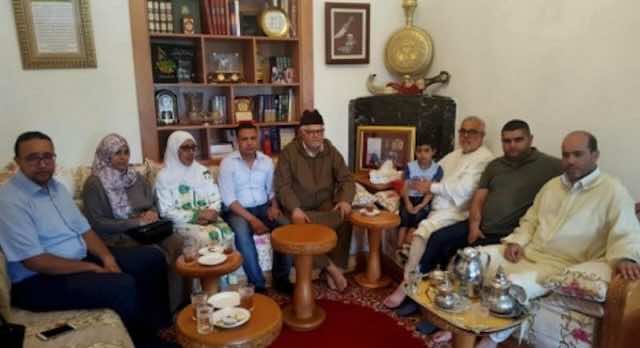 Benkirane hosted the families of the detainees on Friday. On the same day, the PJD announced that the detainees would end their hunger strike following a plea by the the party Secretary General.

The five members of the PJD’s Youth wing were arrested in late December over Facebook posts considered to have praised the assassination of Russian ambassador to Turkey by a Turkish police officer.

Following their detention, the Youth wing of the Islamist Justice and Development Party publicly criticized their colleagues’ detention through several marches and strikes.

On Thursday, Latifa Bouhsini, Human rights activist and defender, was named coordinator of the committee for the defense of the PJD’ Youth detainees.

Bouhsini declared that several human rights organizations are standing up for the PJD’s Youth members.