Toronto - Just days following his statement extending Muslims a message for “a peaceful and blessed Ramadan,” it has come to light that US Secretary of State, Rex Tillerson, declined to host a customary Ramadan event at the State Department. 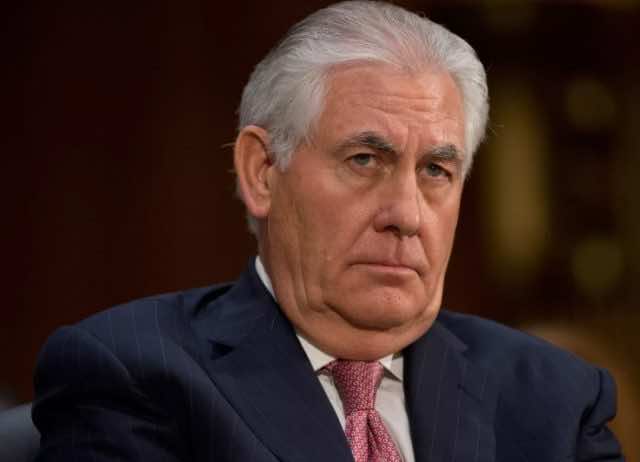 Toronto – Just days following his statement extending Muslims a message for “a peaceful and blessed Ramadan,” it has come to light that US Secretary of State, Rex Tillerson, declined to host a customary Ramadan event at the State Department.

In an apparent break with a nearly 20-year-old tradition, Tillerson refused to host a Ramadan event at the State Department. The events have been hosted by both Republican and Democrat secretaries of state since 1999.

The request of Tillerson came from the State Department’s Office of Religion and Global Affairs.

According to two US state officials, who spoke under the guarantee of anonymity, the State Department sent Tillerson a memo on April 6th, recommending that he host either an iftar meal, to break a day’s Ramadan fast, or an event to mark Eid al-Fitr, a celebration which marks the end of the holy month.

A State Department official told Reuters that “We are still exploring possible options for observance of Eid al-Fitr, which marks the end of the month of Ramadan. U.S. ambassadors are encouraged to celebrate Ramadan through a variety of activities, which are held annually at missions around the world.”

The event is usually attended by members of Congress, Muslim leaders and diplomats and senior US officials. It has become a symbol of US efforts to build bridges with Muslim countries and people.

In his Ramadan message on Friday, Tillerson asserted that “Ramadan is a month of reverence, generosity, and self-reflection. Most importantly, it is a cherished time for family and friends to gather and give charity to those who are less fortunate,” he wrote. “This time reminds us all of the common values of harmony and empathy we hold dear.”

While Muslim activists have been highly critical of the Trump administration’s track record regarding their attitude toward Muslims and Islam, White House officials are now being quick to point to his recent Saudi Arabian love-in as proof to the contrary.