Toronto - There can be a certain comfort in tradition, however rigid the motivation for it. For Muslims around the world, Ramadan presents a set of compulsory observances but it has also been the inspiration for a collection of traditions and phenomena that each community has come to hold dear. Morocco is no different. 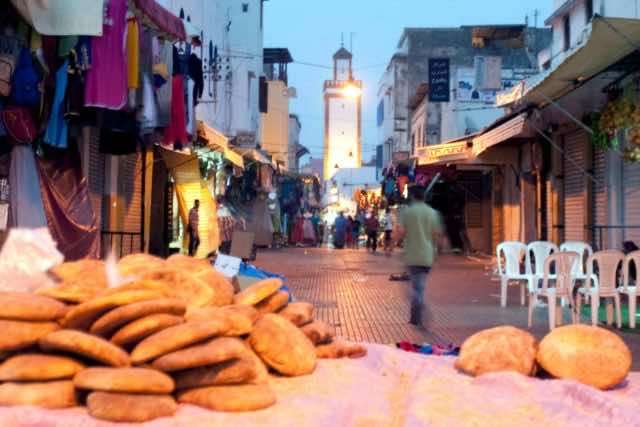 Toronto – There can be a certain comfort in tradition, however rigid the motivation for it. For Muslims around the world, Ramadan presents a set of compulsory observances but it has also been the inspiration for a collection of traditions and phenomena that each community has come to hold dear. Morocco is no different.

To begin with, Ramadan represents the ninth month in the Muslim lunar calendar. According to historical record, this is the month the angel Jibril (Gabriel) visited the prophet Muhammad and told him to read. This was an instruction the prophet could not obey because it was a skill he didn’t possess.

Alone near Mecca, Jibril taught Muhammad how to read over the next ten days, the result of which were ten verses which became the foundation of what would come to be called the Holy Quran.

Creativity as a Tool

Since those times, the ninth month has been marked by Muslims worldwide with 30 days of fasting and abstinence from worldly pleasures. Such dedication can make the mind curiously creative in finding ways to cope with the privation. A favourite past time during Ramadan is to deal with the inevitable food cravings by using them as inspiration for distraction.

To deal with the repetitive and deliberate hunger, Moroccans engage in creative imaginings of their favourite ftour meals, counting down the hours then minutes and seconds before they can partake in the daily breaking of the fast.

The Ftour Table and the Inevitable Overeating Phenomenon

As the sun sets each day, a new ftour table is set, creaking with family Ramadan favourites. Delicious servings of Harira and Chebbakiya await the empty bellies. Without these two holy month essentials, Ramadan simply wouldn’t be the same.

Still, there is the inevitable tendency to overindulge. Realistically speaking, it would be difficult to avoid. Officially frowned upon, overeating still occurs with widespread regularity although it is seen as counter to the purpose of fasting which is meant to build discipline and purify. The delicious ftour table is simply no match for the well-intentioned but hungry.

Ramadan as a Family Affair

Breaking the day’s fast is an event celebrated in Morocco and elsewhere as a time for family and loved ones to gather together. Most inevitably gather around the television, watching Ramadan-themed programming devolped especially for the holy month. Moroccan television stars have been born with programs including Lalla Fatima ad l’Couple.

Moroccan nightlife has always been lively but during Ramadan this takes on an entirely new meaning as scores of people look to the sky for the first signs of the moon’s appearance. After the fast is joyfully broken the streets fill with newly sated, happy people. The cafes are crowded to bursting with many choosing to stay awake until Souhour.

With prayer representing one of the five pillars of Islam, Ramadan presents the unforgettable nighttime spectacle of crowds of men on long white robes making their way to the non-compulsory Tarawih prayers, carrying their prayer mats on their shoulders.

At any other time of the year, Halitosis might be a cause for embarrassment. But during Ramadan, it becomes a symbol of the level of one’s adherence. Some choose to wear it as a badge of honour, proof of their dedication to their faith.

According to Tajuddin B. Shu’aib, author of Essentials of Ramadan, “the Fasting Month, the coating on the tongue occurs when “after desiring food, the body begins to digest such waste material and deposits of fat as are available to it. This coating on the tongue is an outward proof that inner elimination is in progress.”

A Reminder to Volunteer

There is never a bad time to volunteer, but Ramadan serves as a critical reminder of the call of it’s importance in a civilized society. Whether it’s providing food and water to the poor, attending to the homeless or extending a helping hand to their animal charges, Moroccans generosity during Ramadan in unparalleled.

If the Streets Are empty it Must be Ftour

Even Morocco’s most famously bustling streets go quiet at sunset during Ramadan. It’s a curious phenomenon to look upon cities like Casablanca deserted as thousands of hungry Moroccans head home to dive into their favourite ftour foods. It’s an enthusiasm that would make any world-class chef weep.