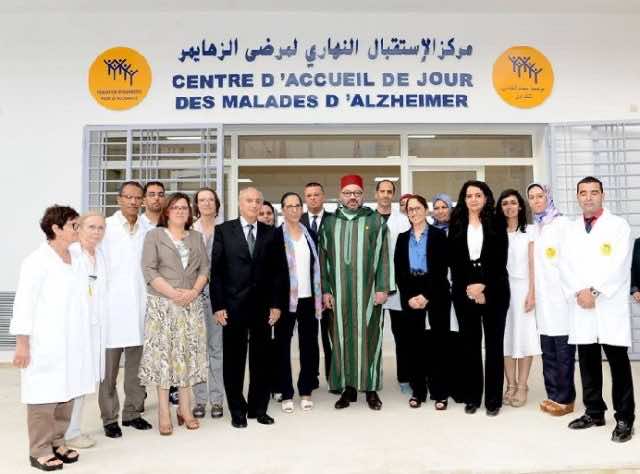 The project was carried out by the Mohammed V Foundation for Solidarity, with a total investment of MAD 9 million.

The first of its kind in Morocco, the center illustrates the social policy of proximity advocated for by the king, aimed at populations suffering from disabling health conditions and from disadvantaged backgrounds.

The establishment of the center is an integral part of a program of action carried out by the foundation to support the national medical sector.

The service center, whose construction works were launched by the King on June 9, 2016, will allow integrated and adapted health care for patients suffering from Alzheimer’s.

The center aims to provide quality care and support for patients and their families, and training for home caregivers in order to facilitate their role and enhance their action.

The center, which provides patients with day care during which they will benefit from non-drug therapies based on the stimulation of cognitive functions, is intended to be a pilot center.

The expertise it will cultivate will help train nursing staff for other similar centers.

The facility was set up as part of a partnership between the Mohammed V Foundation for Solidarity and the Rabat prefectural council.