Rabat - After protests spread to Tangier on Sunday night, allegations that protesters had been arrested spread on social media. Today, authorities in the Prefecture of Tangier-Tetouan-Al Hoceima deny that any protesters in Tangier were arrested. 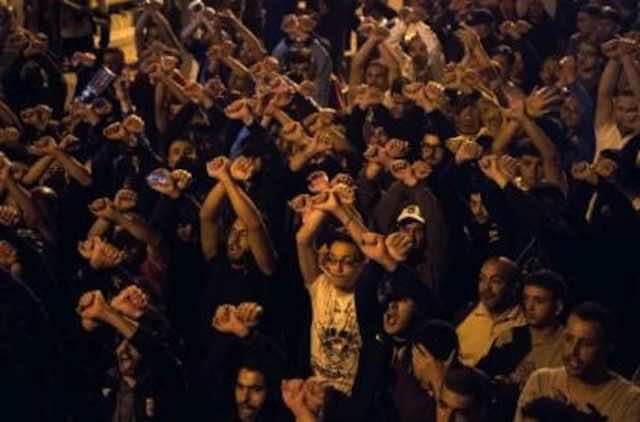 Rabat – After protests spread to Tangier on Sunday night, allegations that protesters had been arrested spread on social media. Today, authorities in the Prefecture of Tangier-Tetouan-Al Hoceima deny that any protesters in Tangier were arrested.

The protests in Tangier were are part of the ongoing unrest that began in Al-Hoceima in October when a fishmonger was crushed to death by a garbage compactor while trying to retrieve the produce that he had been selling. Since then, then protests against corruption and unemployment had gripped the town of Al-Hoceima.

After calls from leader Nasser Zefzafi, who has since been arrested, to protest in cities throughout Morocco movements spread last night to Tangier, Casablanca, Rabat and Marrakesh.

According to a source in Tangier, protesters had initially planned a sit in but decided to organize a march instead down on of the main boulevards. In response to the march, police dispersed the protesters.

Since then, posts reportedly circulated on social media alleging that some of the protesters who had tried to march had been detained by police. These allegations were denied by a prefecture authority who said, “The allegations peddled on social media networks, including Facebook, referring to arrests of many people following the sit-in protest organized on Sunday, May 28 in Tangier, are devoid of any foundation.”