Rabat - “I will tell God everything.” Simple words spoken from the mouth of an innocent child, promising retribution to those who, in the name of religion, bring terror to the world. 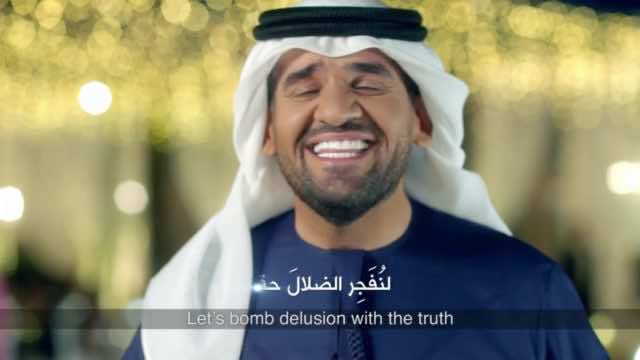 By
Chaima Lahsini
-
Chaima Lahsini is freelance journalist and activist with the Al-Fam collective in Rabat.
May 30, 2017
Spread the love

Rabat – “I will tell God everything.” Simple words spoken from the mouth of an innocent child, promising retribution to those who, in the name of religion, bring terror to the world.

Kuwaiti telecom company, Zain, is countering terrorism in its own creative way. The ad showing a suicide bomber being haunted by victims of terrorism has gone viral in the Middle-East, with more than 3 million views since the beginning of Ramadan.

The ad’s opening scene shows a man manufacturing a suicide belt in a grimy dark room, while the haunting voice of a child follows his every move. “You’ve filled the cemeteries with our children and emptied our school desks.”

As the terrorist runs away through the ruins of the city, his bomb strapped to his waist, he is followed by the ashen and bloody faces of his victims. “You who comes in the name of death, He (Allah) is the creator of life.”

Since its launch on the first day of Ramadan, the video has created a heated debate in the Middle East. While some have praised the company’s attempt to tackle extremism in such a creative way, others took offence to the use of victims of terrorism in a marketing stunt.

The face of an actor who bares a striking resemblance to Omran Daqneesh, the 5-year-old Syrian boy who was hurt in an airstrike in Aleppo in August last year, sticks out from the other victims.

Zain’s featuring of the Daqneesh doppelganger indicates the company is not only criticizing Islamist terrorism, but also the war crimes carried out by Al Assad’s Syrian regime. The reference to the small boy who became the face of the gruesome reality of the Syrian war, however, has gone down badly with some viewers.

@Zain please take down your offensive ad. You have no right to exploit children and people tragedy for your own commercial gain.

Strong message except for @Zain whitewashing #Assad crime by suggesting #OmranDaqneesh was a victim of #ISIS terror & not the Syrian regime https://t.co/XeKIag8Im9

While some disliked what they believed to be a “clumsy” attempt at countering terrorism, many others lauded Zain’s efforts in shedding light on the true face of terrorism. “Worship your God with love, with love not terror,” sang along Emirati star, Hussein Al Jassmi, as images of real-life victims slide by.

A grandfather lulling his crying grandchild, a beautiful bride pulling her torn and bloodied wedding dress, a young student standing in her ruined school uniform. The images speak volumes about the many terrorist attacks that have plagued the region in the name of greed, intolerance and hatred.

What a beautiful ad on counter violence & extremism. Only Kuwait could do this. Thank you @Zain and @7sainaljassmi https://t.co/Z4Ja5Udf7H