Rabat - Moroccan-American Rapper, French Montana, took to social media to discuss his observance of the holy month of Ramadan. 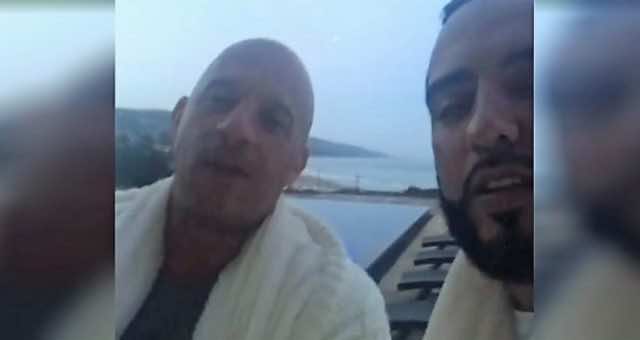 By
Erin Dunne
-
Erin Dunne graduated Phi Beta Kappa from the University of Michigan in the United States where she majored in History, French and International Studies.
May 31, 2017
Spread the love

Rabat – Moroccan-American Rapper, French Montana, took to social media to discuss his observance of the holy month of Ramadan.

In a viral video on Facebook, the rapper, alongside movie star Vin Diesel, talks about Ramadan. Dressed in bathrobes, Diesel says “I’m proud that my brother here is gonna be doing Ramadan, and I might be influenced.”

Montana then interrupts saying “Ramadan Mubarak, man” before Diesel continues “The concept of it is so powerful and it would probably be good for anybody.”

By the end, Diesel shies away from the discussion of religion and says “we’re actually doing some music stuff.” Montana, however, adds “the whole team in the holy month” before the clip ends.

The video, which has nearly a million views, was shared by Moroccanhiphop.com.

French Montana was born in Rabat, Morocco but moved to the United States when he was 13 years old. He grew up in New York City and in his teens was a battle rapper. Later, he rose to fame and has since found commercial success with songs such as “Choppa Choppa Down,” “Shot Caller” and “All the Way Up.”

Montana’s approach to Ramadan is more than just Facebook videos and tweets according to an interview with CLIQUE. When asked if he would be fasting, Montana responded “Obviously, I fast every year, it’s a great time for me.”

Later in the interview he explains his Moroccan roots saying “All that I have, my culture, my style, my vision of things, comes from Morocco.” He adds, in Arabic, “Ana Ould l’Bled a Khouya!” (I am a child of the country, my brother!)