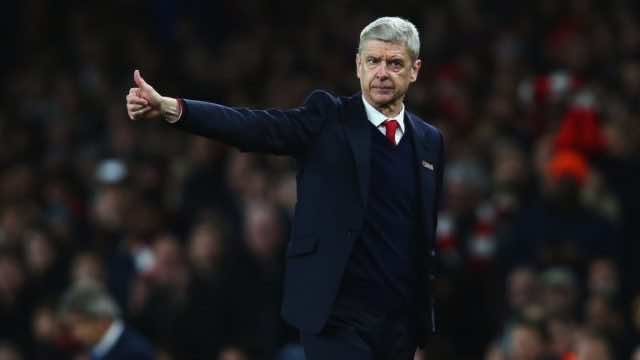 Rabat – Embattled manager Arsene Wenger has signed another two-year deal to stay on with Arsenal, news outlets have reported.

Wenger is the longest tenured manager in the English Premier League, having been with the club for two decades.

Across social media, Arsenal supporters are split, with many supporting the club’s decision to bring back their most successful manager, while others are calling for his head. This announcement comes on the heels of a strong end to the season, with a five-match winning streak and a victory in the FA Cup Final giving the club good reason to bring the divisive manager back.

However, the season as whole has been taken as a disappointment by some supporters. Arsenal finished fifth, outside of Champions League Qualification for the first time during Wenger’s tenure, and behind North London rivals Tottenham for the first time since the 1994/1995 season. During the campaign, calls to fire Wenger reached a fever pitch, with chants, social media pages, and even a plane flying over the stadium brandishing a banner calling for his firing.

Looking forward, Arsenal has a difficult road ahead, as the top teams in the league are only growing stronger and more willing to spend money on big-name transfers. Arsenal will continue to lag behind the likes of Chelsea, Manchester United, Manchester City, and a resurgent Liverpool. Tottenham, while not as wealthy as the other top clubs, finds itself with quite possibly the best core of young players in not just England, but Europe.

Arsenal has not finished in first place in more than a decade, and will have to regain a top-four position or win the Europa League in order to guarantee a spot in the Champions League. A Champions League berth, while nice, would not save Arsenal from its trouble, as the club has not advanced past the Round of 16 since 2009/2010.

Those that criticized Wenger hoped that his departure from the club would lead to more successes. To them the club has stagnated, with Wenger’s tactics are not good enough to compete at a high enough level, and that Wenger’s inability, or lack of desire, to sign world-class players is holding the team back.

Many of Wenger’s supporters, however, claim that he is able to adapt, citing his decision  to switch formations midway through the season last year, as well as his ability to buy elite players such as Arsenal star Alexis Sanchez. Many also enjoy the consistency Wenger has brought both on the field and in the boardroom, in stark contrast to the rest of the league, which has seen massive fluctuations over the years.

Looking forward, Wenger will have to continue to adapt, but it remains to be seen if the club is not just signing up for another year of mediocrity and fan disappointment.