Rabat - Millions of Moroccans are preparing for the onset of Ramadan, 30 days of pious fasting in adherence to the Quran. Sixteen hours a day of fasting needs the proper fuel for a month of sustenance. Morocco has no shortage of traditional favourites to please any Ramadan-inspired appetite. 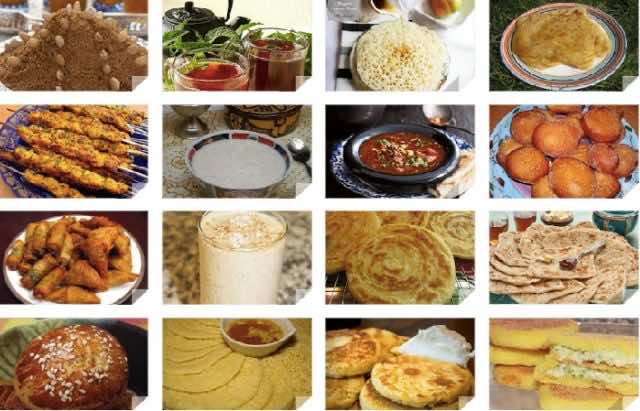 By
Constance Renton
-
Constance graduated from the Television and Radio Broadcasting Program at Canadore College in 1983.
Jun 9, 2017
Spread the love

Rabat – Millions of Moroccans are preparing for the onset of Ramadan, 30 days of pious fasting in adherence to the Quran. Sixteen hours a day of fasting needs the proper fuel for a month of sustenance. Morocco has no shortage of traditional favourites to please any Ramadan-inspired appetite.

Each day throughout the holy month, from sunrise to sunset, observant Moroccans fast, denying themselves both food and liquid. A canon report or siren signals the start of each day’s fast and registers again at sunset to alert Moroccans it is permissible to begin their feast.

Over many generations, Moroccan traditions have created slew of recipes to share with family and friends. Over the years, recipes alter slightly and new favourites are added but always there is a core collection of favourites. Some or all of them make an appearance in virtually every Moroccan home during Ramadan. Here are a few:

Packed with protein and staying power, soups have become a staple Ramadan food for Moroccans. Favourites include Hssoua Belboula, a barley and milk Moroccan classic and Harira, a delicious lentil and tomato soup.

Sweet or savory, these Moroccan treats never stay o the table for long. The popular, triangle-shaped pastries can be filled with a traditional almond paste flavoured with orange flower water, fried and soaked briefly in honey. The savory versions feature cream cheese fillings, seasoned with optional herbs and hot peppers. Other versions include fillings of shrimp and Chinese vermicelli, seasoned, ground meat or chicken with saffron, ginger and cinnamon.

Square or round, Moroccan pancakes, also called rghaif, provide priceless sustenance and are packed with wholesome, basic flavours. Msemen, the square version, are flattened and folded before being pan-fried and served warm with butter and honey.

Many Moroccans enjoy Msemen with Kefta, a filled version of the pancake, stuffed with seasoned ground beef or onion. They can be made ahead of time and frozen.

Their round cousins, called Meloui, are made by rolling strips of dough like rugs, flattening them into circles and frying them in a pan. They are also served with butter and honey.

Beghrir are closer to crepes but are still classified as a pancake. Made from fine semolina, they melt in your mouth served with the traditional butter and honey syrup.

A near-sacred staple every day of the year, Moroccan breads take on a special significance during Ramadan.

Krachel are sweet rolls, flavoured with anise, sesame and orange flower water. They are perfect alone or with selection of other goodies.

Harcha is a pan-fried bread made from semolina flour. When baked they have the appearance of English muffins but the flavour and texture is closer to cornbread. They are best when served warm with jam or butter and honey syrup.

There is also a stuffed version of Harcha that uses fillings flavoured with thyme, onions, olives, parsley and cheese.

Batbout are best when cooked using the stove-top method. This gives them a chewy texture and a nice pocket, perfect for stuffing with a variety of fillings.

Khobz B’Chehma is a stuffed bread, filled with traditional mixtures of lamb or beef suet, parsley, spices and onions.

Like a donut but so much more, the simple but glorious beignet is served with a variety of fillings or jams. They are even delicious plain.

To simply call Sellou a cookie is selling the delectable item short. A mixture of roasted sesame seeds, fried almonds and flour form the base of the sweet treat before browning it in the oven. Say the word sellout in front of any Moroccan and his/her mouth will immediately begin to water.

Moroccan Brochettes and grilled meats are a Ramadan favourite. The basic kebab is carried to new heights after being seasoned and marinated for several hours before hitting the grill. Flavoured with a touch of saffron, they are served as an appetizer or an entrée.

There is nothing like a Moroccan lemon cake.  Light and fine in texture, subtle and sweet in flavour. For those who aren’t fans of lemon but still want a citrus zest, try substituting lemon with natural orange flavour.

Strawberry/orange juice is a favourite Ramadan choice. The juice, fresh or frozen, provides an all-important energy boost either at the end of a long day of fasting, or at the start of a new one. For a refreshing treat with a bit more staying power, try mixing in yogurt for a delicious smoothie. Dried apricots combined with orange juice is a variant of the Middle eastern drink known as qamar el-deen. Another popular flavour combination is peach and orange.

Milkshakes are hugely popular once the day’s fast is broken, most beginning with an almond base. You can give yours a uniquely Moroccan twist by adding orange flower water.

A power-packed version of the Moroccan milkshake incorporates avocado for added protein to help you through the next 16 hours of deprivation.

Perhaps the most recognizable Moroccan beverage in existence, mint tea is a Ramadan staple for many Moroccans. The syrupy sweetness, charged by a handful of fresh spearmint leaves reawakens a tired body and mind. So-called Chinese gunpowder tea is the preferred base for most Moroccans.

Ramadan is a personal experience to be sure, but paradoxically, also a communal one. The knowledge and awareness achieved during these 30 days of sacrifice shape millions of Muslim minds and hearts each and every year.

The communal atmosphere of breaking each day’s fast is more than symbolic. It represents a shared celebration of individual spiritual achievements, a veritable reaping of spiritual seeds sown and that, is priceless.