Rabat - The mother of Nasser Zefzafi, the now-arrested leading activist in the Al Hoceima “Harak” protests, has shared a heartfelt testimony on her son’s arrest. 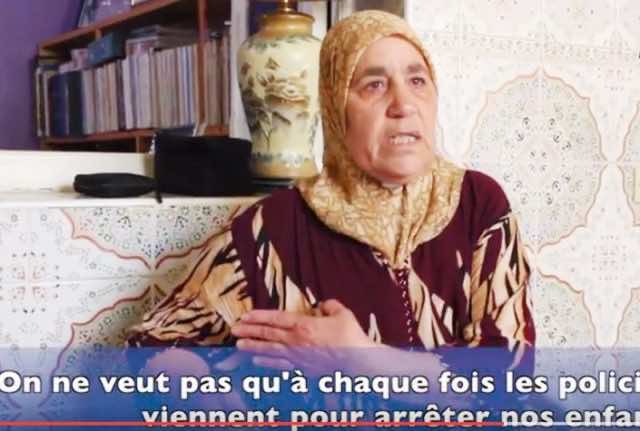 Rabat – The mother of Nasser Zefzafi, the now-arrested leading activist in the Al Hoceima “Harak” protests, has shared a heartfelt testimony on her son’s arrest.

In a video published by H24info, the activist’s mother denies that her unemployed son had received any foreign money to lead the protests. She explains that people are protesting because of the dire economic and social situation they live in, adding that all of her four children are unemployed.

“We are poor. We have nothing to live on. How do you expect an unemployed son to react when he is unable to buy food or medicines for his sick mother?” she asks.

The heartbroken mother says she is grieved at her son’s arrest and she cannot stand him being detained.

“They arrested my son and broke my heart. My neighbors and all the people of Rif are grieving for him.”, says the mother with tears in her eyes.

The mother calls on the King Mohammed VI for her son’s release, adding that Zefzafi has always shown support for the monarch.

“He used to say that we would not find a better ruler than him,” she explains.

She stressed that they have nothing but respect for the king, who had been an habitué of Al Hoceima where he used to come for summer vacation.

Zefzafi was arrested on Monday along with several other activists. He was charged with “obstructing the freedom of worship” and “undermining state security.”

An arrest order was issued against him following his interruption of a Friday sermon, in the Mohammed V mosque in Al Hoceima, warning against fitna (civil strife). Zefzafi saw the sermon as a direct criticism of the protests.