Rabat - Former president of Germany  Horst Köhler is expected to be appointed  as the UN Personal Envoy for Western Sahara,  the United Nations Secretary General Antonio Guteress reportedly said in a letter to the Security Council on Friday. 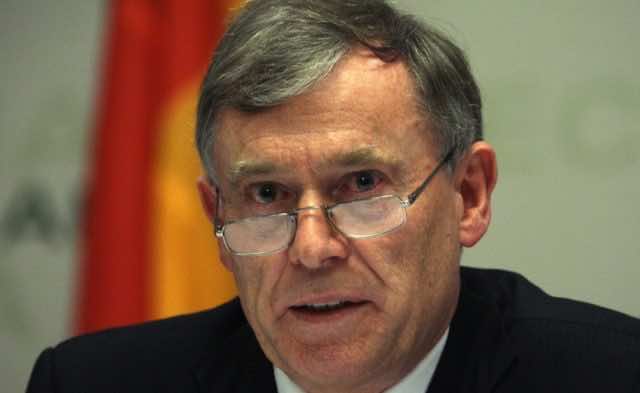 Rabat – Former president of Germany  Horst Köhler is expected to be appointed  as the UN Personal Envoy for Western Sahara,  the United Nations Secretary General Antonio Guteress reportedly said in a letter to the Security Council on Friday.

“Following the usual consultations, I intend to appoint Horst Kohler of Germany as my personal envoy for Western Sahara,” Guterres said.

Köhler,  who held the position of Germany’s president from 2004 to 2010 will  succeed to Christopher Ross, who resigned in March after he was failed to find an acceptable political solution to the territorial conflict between Morocco and Polisario.

Guterres’ proposal to appoint Köhler as his new Personal Envoy for Western Sahara came amidst an apparent reshuffling of UN departments.

Köhler, 74, is a member of the Christian Democratic Party of Angela Merkel. He is also an economist. He headed the German association of savings banks (DSGV). From 2000 to 2004, Kohler, oversaw the International Monetary Fund (IMF) as an Executive Director.

Over the past few months, tensions between Morocco and Algeria-backed Polisario increased following the incursion of Polisario’s armed militia into the buffer zone of Guerguerat. The move violated the 1991 cease-fire agreement, prompting the UN Security Council to send a chilling warning to the Polisario ahead of the adoption of the annual resolution on Western Sahara.

The first version of the resolution contained harsh language against the Polisario and requested the Secretary General to inform the Security Council within 30 days of the adoption of the resolution whether the Algeria-backed pro-independence movement has withdrawn from the region.

The Security Council voted unanimously Resolution 2351, which renews the mandate of the UN mission in the Western Sahara, known as MINURSO, for another year until April 30, 2018.