Rabat - An unnamed source in the Moroccan Armed Forces (FAR) has denounced a video on social media showing people dressed in military clothing threatening Zafzafi, saying that the military only communicates through “official channels.” 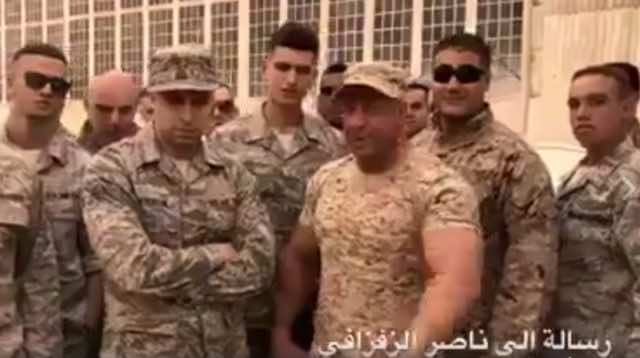 By
Chloe Koura
-
Chloé Koura is a final-year student of Arabic and Latin at the University of St Andrews.
Jun 3, 2017
Spread the love

Rabat – An unnamed source in the Moroccan Armed Forces (FAR) has denounced a video on social media showing people dressed in military clothing threatening Zafzafi, saying that the military only communicates through “official channels.”

“The messages attributed to the FAR currently circulating on social networks, which show unknown people wearing military uniforms and castigating what is happening in the Rif, have no relation with the military institution,” stated an announcement by press agency MAP on June 3, which quoted a source within the FAR.

This source stated that FAR does not have a Facebook page, and that “the people who communicate through social networks and Whatsapp under the name of FAR are breaking the law,” adding that FAR only communicates through “official channels”.

The video in question shows a group of people dressed in military uniforms threatening Nasser Zafzafi, the leader of the Al Hoceima protest movements who was arrested on Monday.

In the video, Zafzafi is addressed directly and accused of wanting to cause “fitna” [chaos] and trying to separate the Rif region from Morocco. The video culminates in threatening Zafzfi with physical violence.

This denouncement comes three days after the Ministry of the Interior released a statement criticising broadcasts on “instant message applications, smartphones, and social networks, due to the incorrect information attributed to them.”

Activist Zafzafi has been leading the protest movement in the Rif region that was sparked in October 2016 following the death of fisherman Mouhcine Fikri.

Fikri was crushed to death in a trash compactor whilst he protested against the authorities’ confiscation of his merchandise.