Morocco World News
Home News Morocco Video: Al Hoceima’s Protesters: We Are Not Separatists and We Love Our...

Rabat - The streets of Al Hoceima were still swarming with protesters as of Saturday. “Freedom, dignity and social justice!” The people’s voice is loudly laying claim to their social and economic demands, which many see to be “legitimate.” 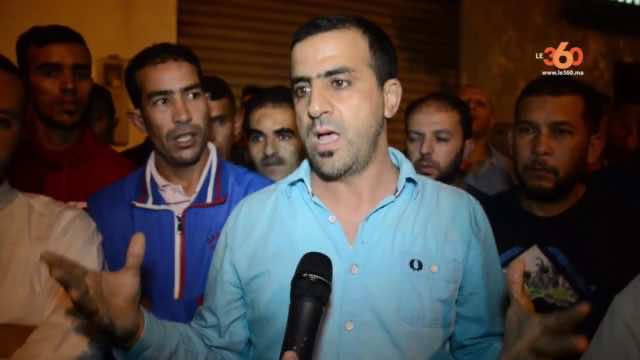 By
Chaima Lahsini
-
Chaima Lahsini is freelance journalist and activist with the Al-Fam collective in Rabat.
Jun 4, 2017
Spread the love

Rabat – The streets of Al Hoceima were still swarming with protesters as of Saturday. “Freedom, dignity and social justice!” The people’s voice is loudly laying claim to their social and economic demands, which many see to be “legitimate.”

Since the birth of the Hirak movement and the start of the massive but peaceful protests in Northern Morocco, however, dangerous accusations have been pointed at the Rif people. From accusing the Hirak of receiving foreign financing to deeming their demands to be those of separatists, many want to draw a line between the economic and social demands of the movement from its separatist and ethnic demands.

In a video filmed by our colleagues from Le360, the news website gathered the testimonies of the protesters, who insist that their protests do not diminish their love for their country, and refute any separatist accusations.

“We are Moroccans, no one loves this country as much as we do,” insists one the citizens featured in the video. “Our demands are clear and simple, they’re social and economic ones.”

“It is time for the sound of reason to be heard. Those accusations of separatism and threatening are not founded!” The man continues, adding that “Our people are patriots! No one will defend Morocco like the Rif people do.”

“When the King visits the region in the summer, His Majesty strolls down the city with ease and in a very natural manner!” They stress that their demands are purely social and economic and that at no time do they seek to destabilize the country.

“We are not separatist, we just want to live with dignity,” adds another man.

The need to justify themselves and prove to the rest of Morocco that they are in no way trying to create strife in the country is not a new ordeal for the Rif people.

Gathered in the evening of Sunday, May 14 in Rabat, under the presidency of Interior Minister, Abdelouafi Laftit, six leaders of the majority parties spoke in unison against the protests regularly organized in Al Hoceima since the death of Mohcine Fikri in October 2016. According to the latter, these protests “must be carried under the law without harming the public and private interests and property.”

The leaders of these groups accused the militants of hijacking the socio-economic demands and of damaging the public goods, as well as suspecting the involvement of “outside parties” in financing and supporting the movement. Those accusations were rejected by demonstrators on many occasions.

Nasser Zafzafi, one of the leaders of the Hirak, denounced the claim that he had called for “a provocation” of the authorities which, according to him, are adding “fuel to the fire.”