Rabat - London’s Metropolitan Police have released the name of two of the three attackers responsible for Saturday’s London Bridge incident. 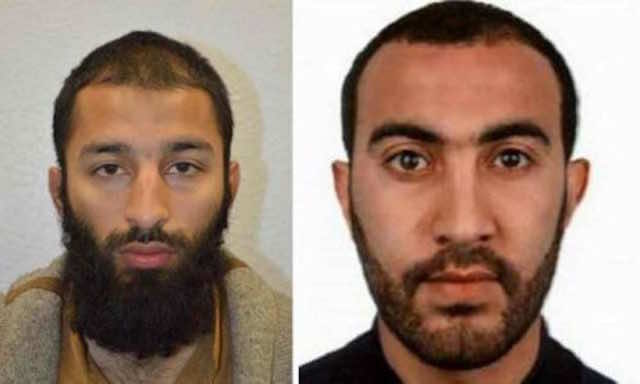 By
Constance Renton
-
Constance graduated from the Television and Radio Broadcasting Program at Canadore College in 1983.
Jun 5, 2017
Spread the love

Rabat – London’s Metropolitan Police have released the name of two of the three attackers responsible for Saturday’s London Bridge incident.

Khuram Butt is the first of the suspects to be identified as police work to determine the size and breadth of the network involved in the attack which left seven dead and 48 injured.

Butt was a resident of Belfast, Ireland at the time of the attack. The 27-year-old man was of Pakistani origin, married with children.

The same source has reported that, at one point, Butt had been featured as part of a British Channel 4 documentary about jailed preacher Anjem Choudary and his Islamist extremist followers.

The second suspect’s name was Rachid Redouane, aged 30. No other information has been released on this second man. Both attackers were shot and killed by London police eight minutes after the first 999 call was registered after their rampage began Saturday night in the London Bridge area of Borough Market.

Witnesses reported a white van careening through pedestrians before stopping. Three men wearing fake suicide vests then jumped out of the vehicle and proceeded to stab their victims as they lay on the ground.

The investigation is continuing, with eleven people remaining in custody since Saturday night.

Meanwhile, the first victim of the attack has been identified as Canadian, Chrissy Archibald. Originally from British Columbia, Archibald traveled to London to live with her fiancé.

Canadian Prime Minister, Justin Trudeau released a statement saying, “I am heartbroken that a Canadian is among those killed,” reasserting that Canada stands with Britain.

Canada is not the only foreign nation to claim ownership of a victim, however. The foreign ministry has confirmed that four French nationals were included in the injured.

During a conversation with British Prime Minister, Theresa May, France’s President, Emmanuel Macron confirmed that France was “more than ever at Britain’s side.”