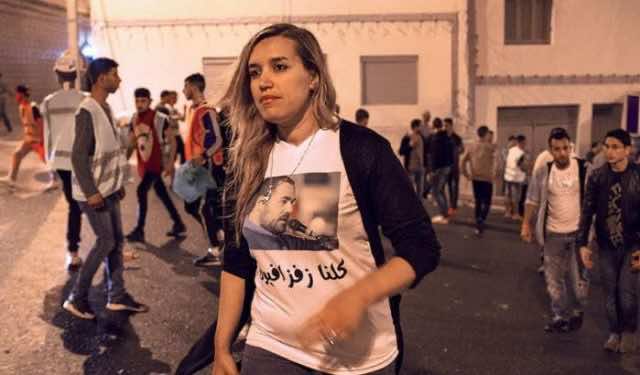 “We have faith in the King. We are waiting and we have hope that he will intervene to meet our demands,” she said in an interview with CNN Arabic.

Benaissa rejected the charges against dozens of detained activists including the Hirak movement’s prominent figure Nasser Zefzafi, who are being prosecuted for “attempted murder,” “incitement against the kingdom’s territorial integrity,” and “undermining state security.”

“These are fabricated charges. How could the detainees do all this?” she said. “For instance, how can they be accusing of undermining the territorial integrity of the kingdom when they have been shouting for seven months that they are part of this nation and just want their rights?”

The leading activist stated that the release of detainees is the protesters’ current priority, while adding that protests will continue until the population’s economic and social demands are met.

Benaissa came under the spotlight following the arrest of Zefzafi who had been the Hirak movement’s most vocal figure. The 36-year old mother of four has become the movement’s prominent figure, with many media outlets describing her as Zefzafi’ successor.

Zefzafi was arrested following his interruption of a Friday prayer sermon in Al Hoceima, contesting the imam’s warning against civil strife. He was charged of “obstructing freedom of worship” and “undermining state security.”

While the trial of detainees started on Monday in Casablanca, the government has repeatedly stated that development projects are underway to meet the demands of the population in Al Hoceima and surrounding areas.